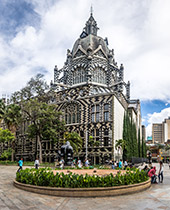 Celebrated as the most "Innovative City 2013" by the Wall Street Journal and the Urban Land Institute, Medellín is the quintessential symbol for urban metamorphosis. Here are two of the top transformations I look forward to seeing firsthand: 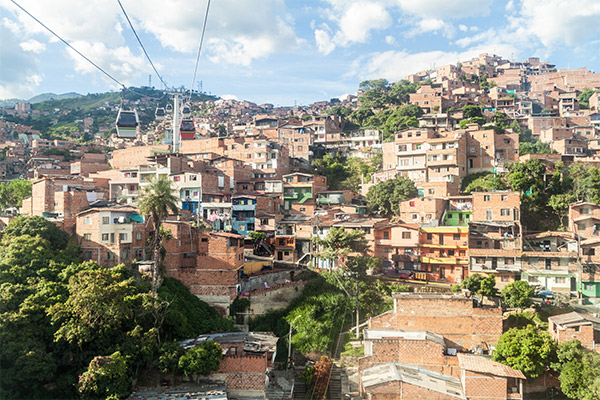 Connecting communities through public transportation
Medellín decided to invest in novel transport solutions to make the entire city more accessible, especially for the inhabitants of distant barrios. The most iconic of these investments is probably the MetroCable, a cable car system launched in 2004 which now carries some 30,000 people a day, for less than a dollar a ride, between the hills and the heart of the city. Medellin is the first city in the world to make cable cars a means of public mass transportation.

On the ground, Medellín is giving priority to cycling and walking in order to reduce congestion and improve the environment. Bike lanes are expected to increase from 40 km to 400 km in the next few years. 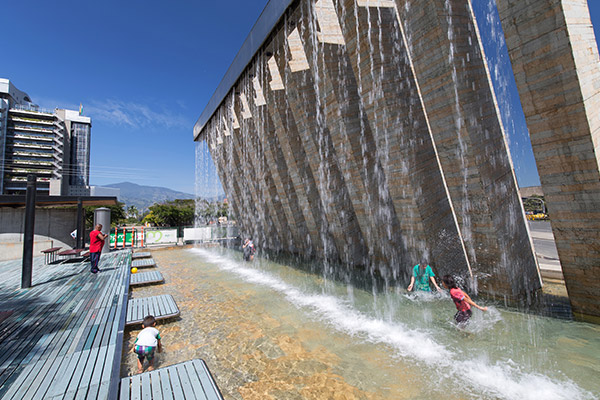 Combating isolation through public spaces and education
Apart from improving mobility, Medellín invested in beautifully designed public spaces open to everyone. Medellín’s urban landscape now boasts some 20 Unidades de Vida Articulada) or UVAs, which are community spaces created in under-utilized areas, such as around service reservoirs in disadvantaged neighbourhoods. Formerly fenced up and out of bounds, these areas have been converted into facilities for sport, cultural activities and education. different amenities, which have been provided according to the wishes of the local population. Transforming public spaces into safe, accessible and inclusive parks for everyone, one of the most crucial aspects to consider, according to Escobar-Arango is to draw on hope, coexistence, education and the culture of the people who will be most impacted.

Education is perhaps the key strategy to diminish social inequality and improve the quality of life in Medellín. Early childhood education has been prioritized through the building of new kindergartens in disadvantaged barrios. “Library Parks” are large public library structures surrounded by green park space for public use. Strategically placed within the city’s poorest communities, local citizens are actively involved in planning and design. Quality primary and secondary education is being advanced via a system of Master Schools, and higher education is getting a major boost with the building of a new university campus on the grounds of a former jail. 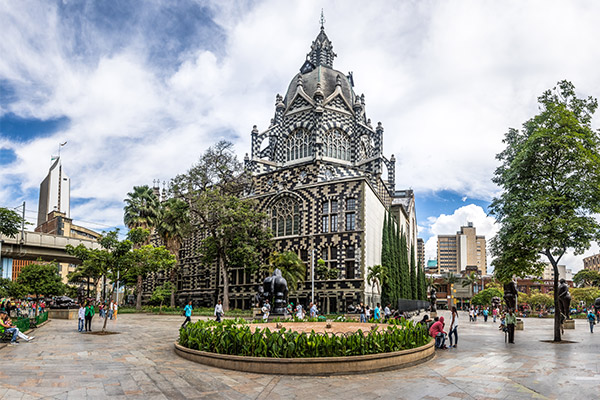 Previously segregated and isolated because of its problems, the citizens of Medellin now feel a great sense of collective pride in what they have accomplished during twenty-five years of recovery. The diverse range of actors behind Medellin’s continuing metamorphosis are committed to continuing to work together to create a more human, more just, freer and more joyful city.

Come and be inspired by the lessons from Medellín.