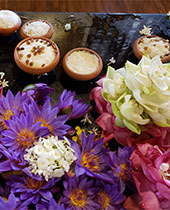 Sri Lanka is home to the world’s oldest living Buddhist tradition with stupas and monasteries dotted across the island. Here is my (very incomplete) list of most enchanting Buddhist sites on the island from my recent trip to Sri Lanka: 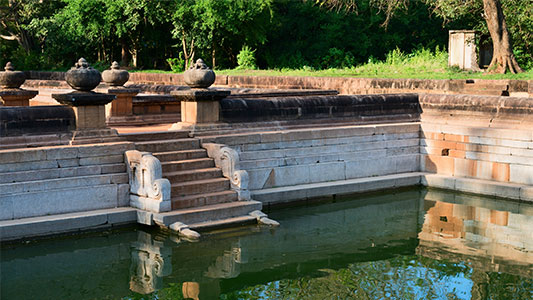 Anuradhapura
According to Sri Lankan chronicles, one of the Indian Emperor Ashoka’s sons brought Buddhism to Ceylon in 250 BCE. He supervised the construction of monastic buildings near Anuradhapura and sent to India for relics including the Buddha’s alms bowl and his right collarbone. Several stupas were built to house these relics. 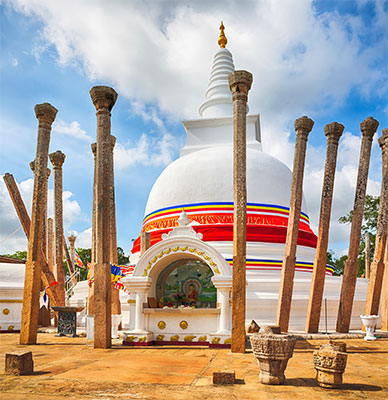 A stupa (also called a dagoba in Sinhalese) is a monument built to house a relic or holy object. It usually features a circular base for a massive solid dome topped by a turret. The colossal Abhayagiri Dagoba, dating from the 1st century was originally over 100 metres high, matching the pyramids of Giza in scale. Anuradhapura is also home to one of the oldest and most sacred Bodhi trees (a type of fig) in Sri Lanka, believed to have grown from a sapling of the original tree in Bodhgaya, India, under which the Buddha sat and obtained enlightenment. 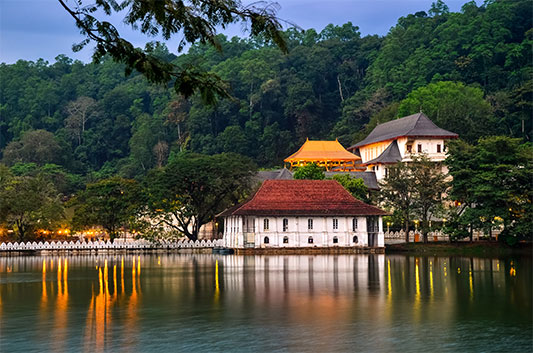 Temple of the Tooth, Kandy
The city of Kandy in the centre of the island is home Sri Lanka’s most important Buddhist relic – the left canine tooth of the Gautama Buddha brought here in the 4th century. The relic, kept in a golden casket, is kept within the golden-roofed temple of the Sacred Tooth. 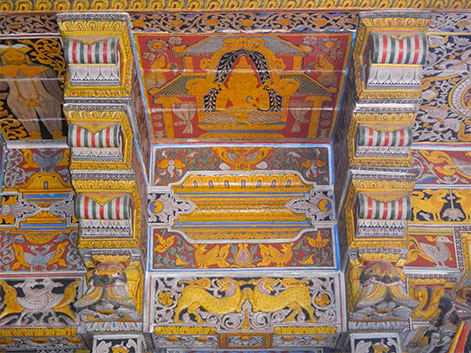 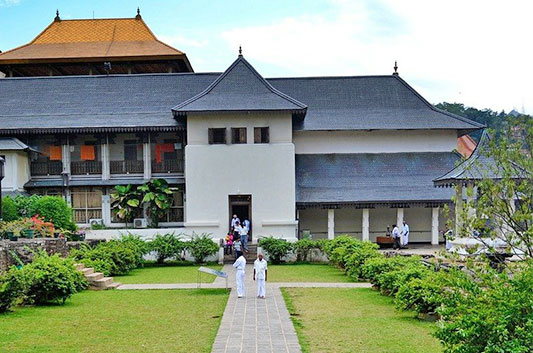 While the temple is visually stunning, what I found most moving was joining the line of worshippers, dressed all in white and carrying offerings of lotus blossoms and frangipani, as they approached the shrine. The mingled scent of flowers and incense and the glowing gold of the inner temple create a transcendent experience. 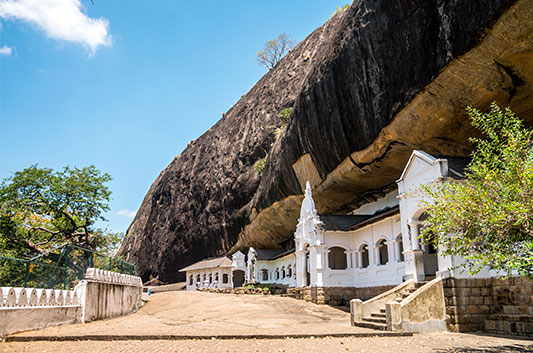 The Dambulla Cave Temple
A sacred pilgrimage site for 22 centuries, the Dambulla Cave Temple complex has more than 80 caves decorated with murals, carvings, statues, and paintings depicting the life of Buddha. I was able to see a series of five of these caves carved out of the rock in the 1st century BCE. The largest of these, the Cave of Kings, contains the statues of two great Sri Lankan kings, about 50 Buddha statues (including a life-sized granite one), and 11 seated Buddhas. The cave walls and ceiling are entirely covered with paintings depicting early Buddhist historical events and traditional Buddhist designs. The temple is dimly lit, preserving the vibrant colours of the murals and adding to the magical feel. 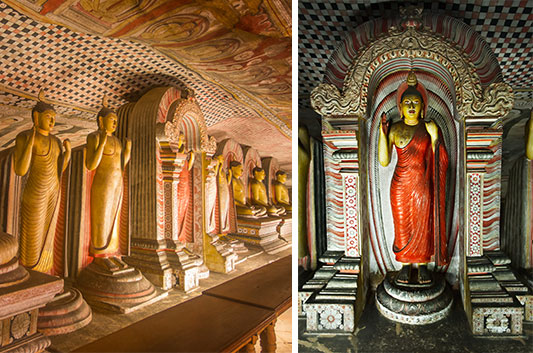 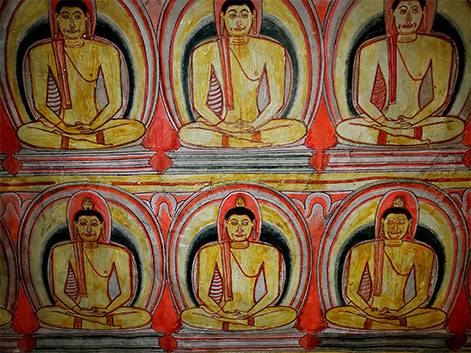 Photo by Laurielle Penny
There is so much more to see in Sri Lanka; eight World Heritage Sites packed into the small island, 2000 years of fascinating art and culture, ancient sites, and more legendary temples. Distances are short, accommodation charming, and the food sublime… 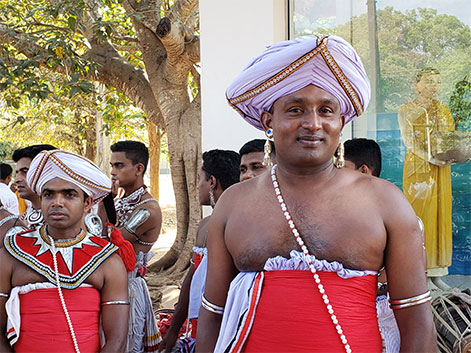 Photo by Laurielle Penny
We have lots of ways to get you to Sri Lanka: Chef Vikram Vij is hosting a food tour in March 2022, our small group cultural tour combines Sri Lanka with South India in November 2021, or I’d be happy to set up a Private Journey for you to explore the island on a customized itinerary. Our Quest Nature Tours branch also has a nature-focused tour in February 2022. Please get in touch.