What I Know about the Komodo Dragon 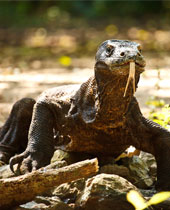 Komodo Dragon: for those who have heard of this animal before, it’s a name that usually commands a high degree of respect. Indeed, the world’s largest lizard may measure upwards of 10 feet in length and can weigh up to 150 pounds. It is also the top predator in its native lands: five tightly-bound and hot islands in southern Indonesia including the namesake Komodo, where it has earned a fair reputation of preying on any living land creature it can overcome, including pigs, goats and deer.

Though this may be impressive enough, one point that has been long uncertain was how Komodo Dragons managed to be such effective predators. Persistent though they may be, their bite is weak and their teeth tiny compared to those for a similarly sized crocodile. Science has recently provided an explanation for their effectiveness and perhaps another reason to be impressed: the Komodo Dragon is venomous. An initial bite can introduce anti-coagulants into its intended victim, accelerating blood loss and incapacitating its prey. Even if the prey manages to escape out of sight, the predator can track down the weakened and battered victim by scent! 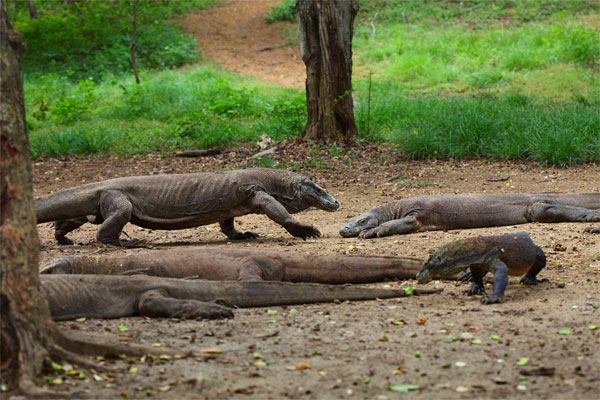 We agree that this may sound rather morbid at this point but because we’re curious worldwide travelers, we’ll be looking for the enigmatic and one-of-a-kind Komodo Dragon during our upcoming President’s Tour of Indonesia in October.

Be assured that we’ll be watching from an ample and respectful distance!
Traveller Photo Feature