Too Much Drama? From Aeschylus to Shakespeare 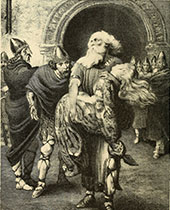 The history of theatre goes back to 700 BCE and the Ancient Greek civilization. Tragedies, comedies, and even musicals were born here. The first public performances were individual poets acting out their written works. As these performances drew larger audiences, the scripts became longer, and different people acted out different roles. Tragedies were the earliest form of theatre with plots inspired by Greek mythology. Did these tragedies reach Shakespeare? 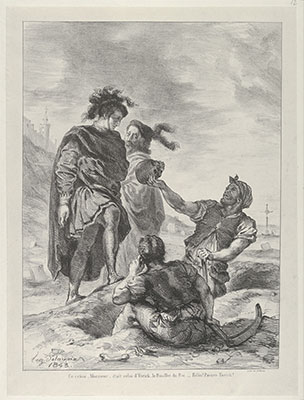 Several scholars have argued that there were remarkable similarities between Greek and Elizabethan drama; the ‘irony of fate’ is strong in both, Aeschylus and Shakespeare both favoured good overcoming evil, Sophocles and Shakespeare share a deep understanding of humanity. Is this just a case of universal themes explored over the generations or is there something more tangible here? 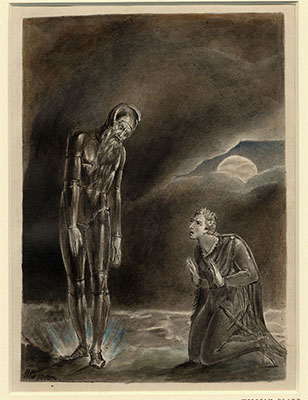 Hamlet and his Father's Ghost, William Blake, 1806
Some scholars have found that Shakespeare did incorporate many plots, themes, allusions, and even words from the Greek canon. Hamlet echoes the tragic narratives of Aeschylus, Sophocles, and Euripides in the themes of ghostly visitation, intergenerational murder, and inherited fate. Macbeth has been linked to Aeschylus’ Oresteia in the grandeur of its tragedy and more concretely, in the killing of Duncan done off stage, following the convention of Greek tragedies. The Winter’s Tale is structured as a classic Greek trilogy and references to Apollo abound. Indeed, Shakespeare includes a detailed description of the sacred temple at Delphi and the oracle as a priestess. 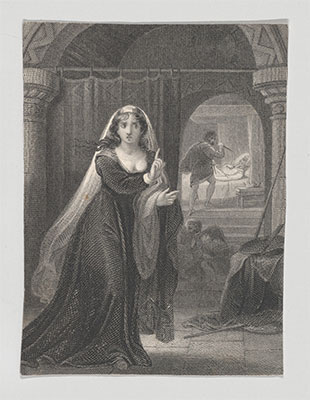 Lady Macbeth, Macbeth and the Murder of Duncan
This is just one of the fascinating themes Derek Boyes will be exploring on his upcoming UK Theatre Tour in April 2022. Join Derek for a fantastic selection of performances in Stratford, Bristol, Bath, and London.
Full Webinar Library