Got questions? The Oracle at Delphi has the (cryptic) answers 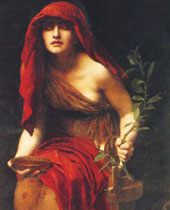 When the ancient Greeks had to make decisions, they consulted the gods in all kinds of different ways – casting dice, analyzing signs, drawing lots. But for the most important decisions, direct communication was best; they sought the words of the gods from the mouths of oracles.

Paradoxically, in male-dominated ancient Greece, the most influential oracle was a woman, known as Pythia of Delphi. All Pythias over the approximately 1000 years of oracling were Delphian women from respected families; once chosen, they would serve for life.
The oracle was available for consultation only one day of each month, except in the three months of winter. And even on these nine days, a sacrifice had to be made to Apollo to ensure the day was propitious.

People would consult the oracle on personal questions of health, marriage, or prospects as well as on political issues relating to disputes between communities or the development of overseas colonies. 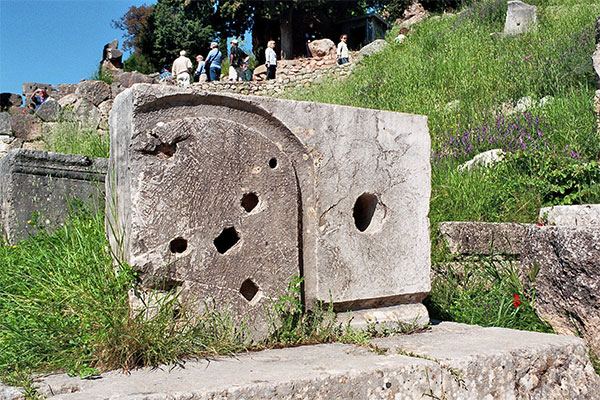 "Stone of Pythia" in the archaeological site in Delphi
Photo credit: Rabe
For these consultations, the Pythia would be seated on a tripod chair, likely behind a curtain, in private area of the temple. She would fall into a trance (some say due to inhaling light hydrocarbon gases that escaped from a fissure in the ground) and speak the words of Apollo. 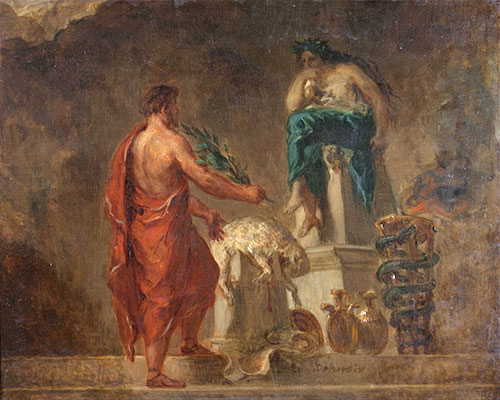 Apollo’s responses via Pythia were famously ambiguous. When Croesus, the king of Lydia, asked the oracle if he should attack Persia, he received the response: “If you cross the river, a great empire will be destroyed.” He viewed this as a good omen and went ahead with the invasion. Unfortunately, the great empire that was destroyed was his own.

The oracle was viewed as infallible, and her reputation grew as her fame spread beyond Greece and supplicants spent vast sums of money to access her wisdom. These riches built a powerful city-state that prospered for 1000 years. 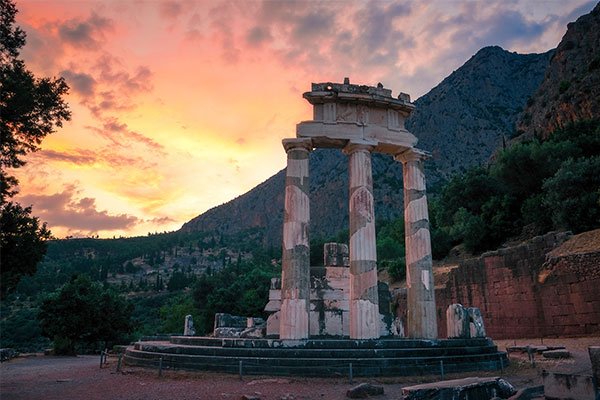 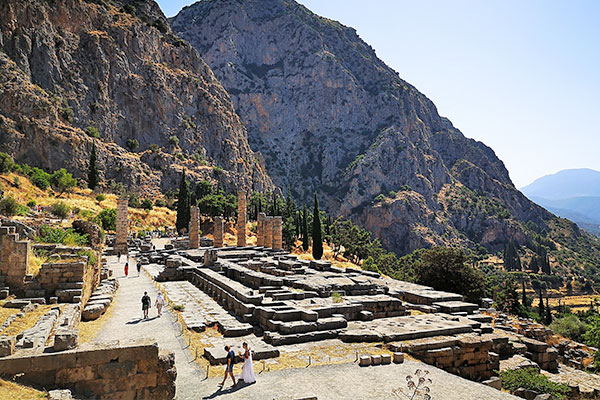 Ruins of the Temple of Apollo in Delphi
Photo credit: Ondřej Žváček
Delphi today is one of the most spectacular and well-preserved sites of ancient Greece, clinging to the lower slopes of Mount Parnassos in a setting fit for the gods.

Looking for answers to your questions? We’ll be in Delphi on a most propitious April 26, 2022 on our Classical Greece trip with study leader Peter Prontzos. Limited space is still available. Email Donna to join the tour.
Full Webinar Library