The Walrus is truly awesome 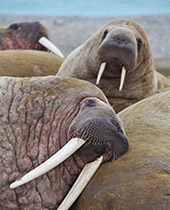 The Walrus is a truly an awesome animal. Males can weigh over 900 kg (2,000+ pounds) and both sexes are adorned with tusks up to a metre in length while featuring a thick hide, up to 10 cm thick around the shoulders of males! Their distinctive whiskers are amusing for us to look at but serve an important function; each of these bristles, supplied with blood and nerves, acts as a sensory organ that the animals use in foraging on the ocean floor – mainly for bivalve molluscs such as clams – and can differentiate objects down to several millimetres wide! 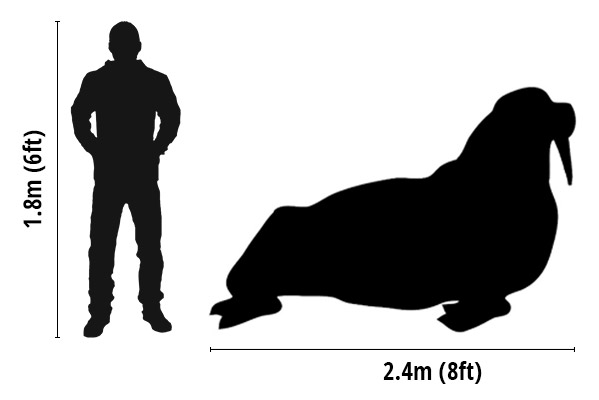 The Walrus is a pinniped (seal), being the only extant member in the family Odobentidae. The present understanding is that the pinnipeds descended from a common ancestor that was most closely related to modern bears. Current taxonomy divides the species into two subspecies. The Pacific Walrus is predominately found in waters around northern Alaska and Siberia, while the Atlantic Walrus has several sub-populations found in the Canadian Arctic, Greenland, Svalbard and northwestern Russia. 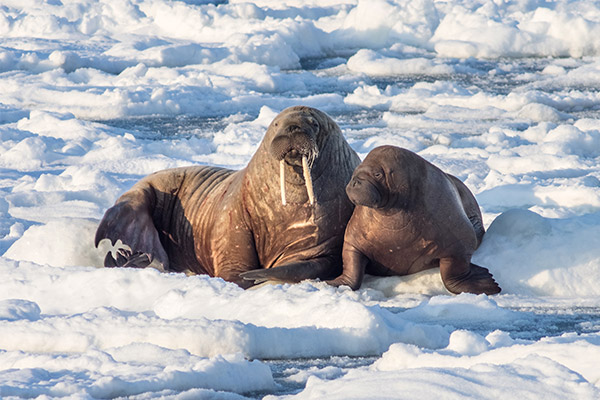 Seeing Walrus at close range is a Svalbard highlight
While population estimates put the Pacific Walrus at around 200,000 individuals, only around 22,500 Atlantic Walruses remain in the wild. Historically, Atlantic Walruses ranged widely across the Canadian Arctic east to the Kara Sea of northern Russia, and south to Nova Scotia and the Gulf of St. Lawrence (including the Magdalen Islands). Commercial hunting by American and European fleets from the 17th to the 19th centuries nearly eradicated the Atlantic Walrus. Though commercial hunting has been banned and numbers have partially recovered, they face new threats caused by climate change. 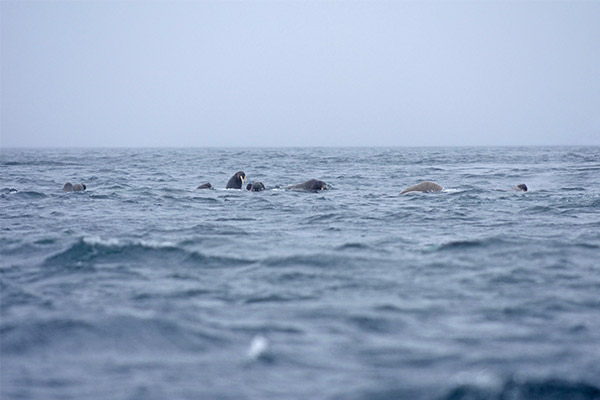 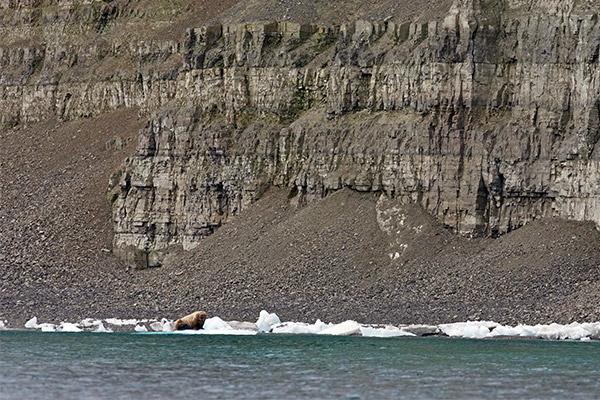 A lone individual resting below the huge cliff at Prince Leopold Island during our last Epic Northwest Passage expedition
(Photo: Justin Peter)
We usually catch a glimpse of walrus during one of our signature Epic Northwest Passage expedition cruise (set to resume 2023!). However, we have a great opportunity awaiting in 2022 aboard our Svalbard Explorer expedition. Click here to learn more!
Full Webinar Library