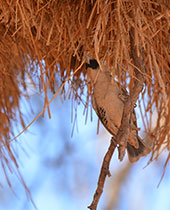 Among birds of the arid Kalahari and surrounding regions of Namibia, Botswana, and South Africa, the Sociable Weaver is probably not the first bird that will capture your attention - though it is a handsome species sporting buffy-tan colouration, a crisp black bib, and intricate scaling along its flanks, nape, and back. But what the Sociable Weaver lacks in dazzling plumage, it makes up for with its incredible apartment-style nests. Like most species in its family, the Sociable Weaver - well - weaves its nests out of twigs and grasses, choosing grass species based on the preferred rigidity of the leaves. But while many other weaver species will make regular, single-family occupancy nests, the Sociable Weaver’s massive nests may contain enough chambers to house over a hundred pairs of birds. And they are constructed cooperatively by many individual birds, a behaviour that isn’t seen in too many other species. 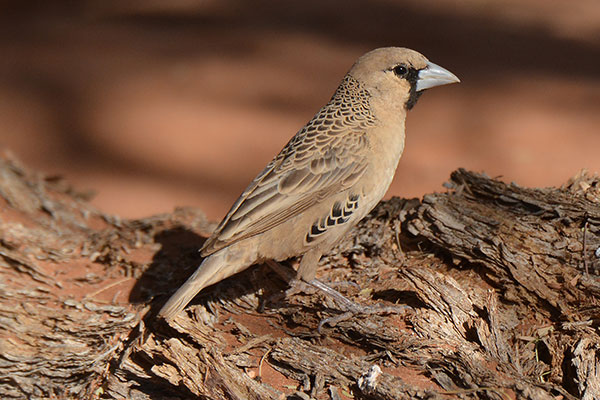 A Sociable Weaver's beautiful buffy tones blending in with its environment 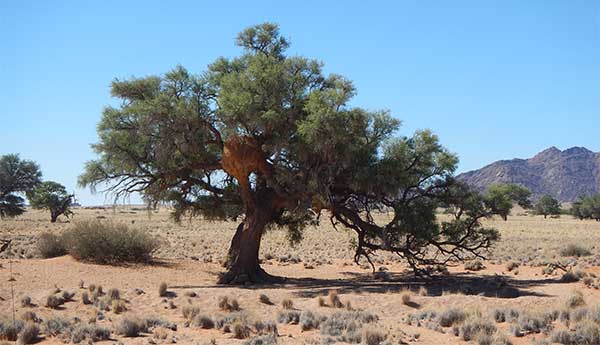 Sociable Weaver nest within a Camelthorn Acacia, just left of centre
© Chris Earley
These massive nests have been measured as being upwards of 4 metres deep, up to 7.2 metres in length and as much as 1 tonne in weight! They are used year after year – sometimes for up to 100 years. Because of their structure, different chambers will be hotter or cooler depending on the time of the day and may be used for roosting in addition to nesting. During scorching desert afternoons, the birds will roost in the outer chambers (which retain less heat), but during the cool nights, the birds will congregate towards the middle of the nest. 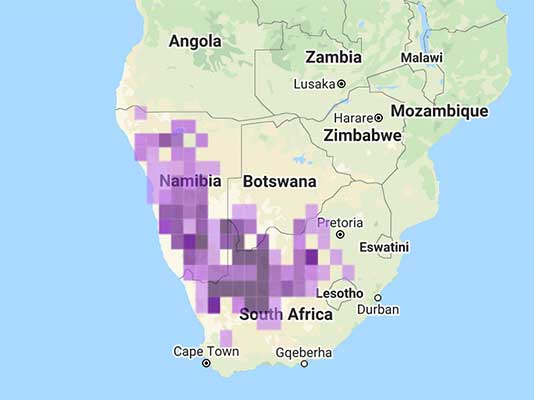 Range Map of the Sociable Weaver from eBird 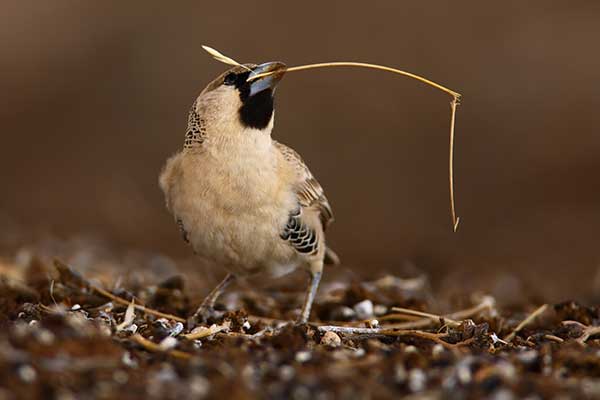 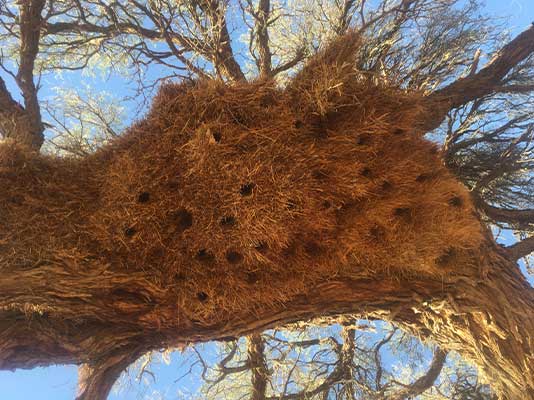 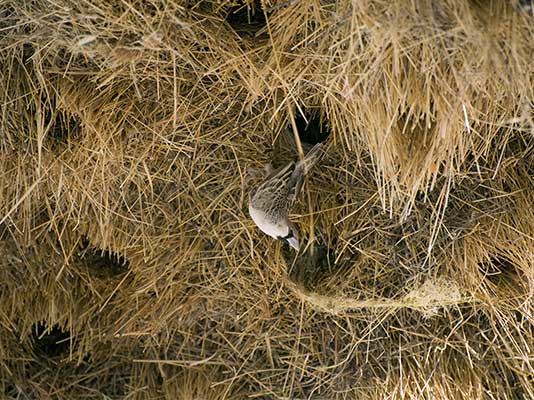 Sociable Weaver hanging from the bottom of the nest
A structure of this size and complexity is not just utilized by the Sociable Weaver. Many other bird species will attempt to nest in the chambers or use them for roosting. The African Pygmy-Falcon is apparently so dependent that it may nest nowhere else, and its presence may serve to protect the weavers from predators. Some large raptors will use the nest as a platform for their own nests as well!
We expect to see Sociable Weavers and their nests on the following tours:
Namibia: A Desert Landscape & Wildlife Safari
October 15 - 27, 2021  |  Learn more
South Africa: The Cape and the Kalahari
August 25 - September 10, 2022  |  Learn more
Webinar Library