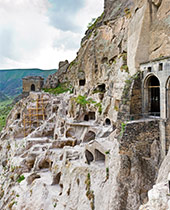 It looks like the set of a Lord of the Rings scene, but this cave monastery was not built by hobbits. It was Georgia’s warrior queen who established this sanctuary to resist the Mongol hordes sweeping across the Caucasus in the late 1100s.

Queen Tamar was the first female monarch of Georgia, ruling from 1184 to 1213. Crowned ‘co-monarch’ by her father King George II in 1178, she ascended the throne herself at the age of 25. Perhaps because of her gender and young age, her reign saw a series of men try to usurp her. None succeeded and she is still revered today for her strength and courage. 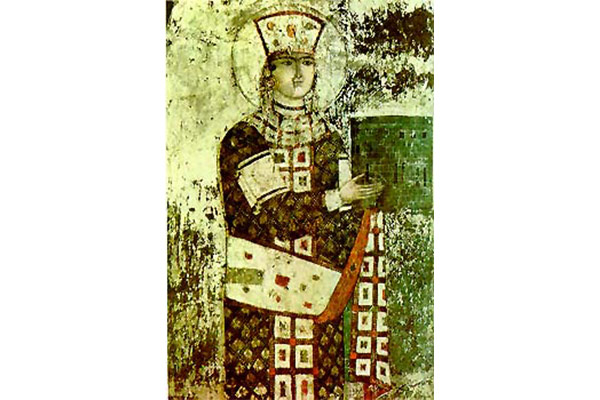 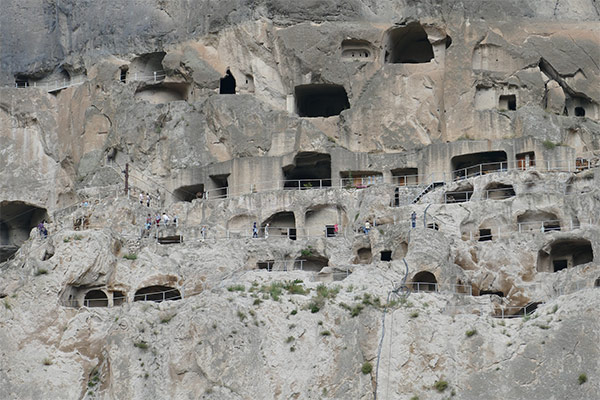 In 1185 Queen Tamar ordered the construction of a fortress which, once completed, extended 13 levels underground and contained 6000 apartments, a throne room, a large church, and 25 wine cellars. The sanctuary was successful in keeping the Mongols out but was unable to withstand the ravages of Mother Nature. A devastating earthquake just a hundred years later destroyed most of the complex, revealing the hidden hillside construction (and thus eliminating the element of surprise afforded by its concealed location). It persisted as a monastery, defending itself from invasions by Persians and Turks until it was completely abandoned in the 16thC. Soviet era excavations restored part of the site and in 1988 a small group of monks moved back in. 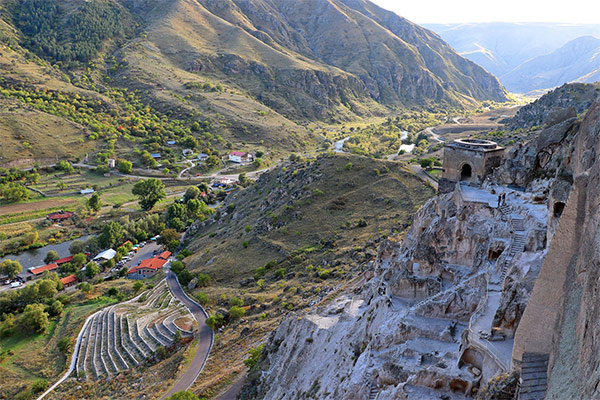 The complex has a significant spiritual side as well. The Church of the Dormition is the holy centre of Vardzia. Carved into the rock, the spacious room measures 8.2 metres (27 ft) by 14.5 metres (48 feet) with a 9.2 metre (30 ft) 30 high ceiling. Every inch of wall and ceiling is plastered with colourful medieval frescoes. The upper walls depict the life of Christ; other images include those of the warrior Queen Tamar. The frescoes are among the best examples of Georgian medieval art in the country and the bright colours retain their impact. 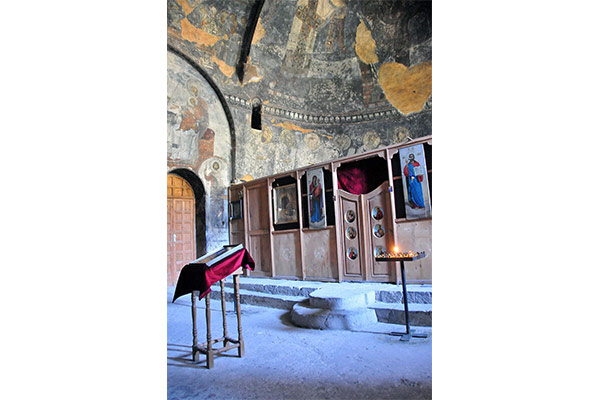 Church of the Dormition
© anjci
Other areas of the complex have also been well preserved; in the Refectory we can still see benches carved from stone and the remains of bread ovens and in the Apothecary, there are nook shelves hewn from rock which must have carried bottles of tinctures.

You can visit Vardzia and the country’s many other splendid sites, as well as enjoying Georgia’s fabulous food and wine, on our upcoming trip to Georgia and Armenia!