What Do a Zebras’ Stripes Do? 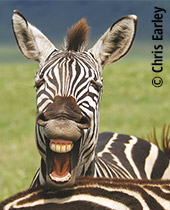 A few years ago, I told you about the different species of zebra in Africa (go back and read it here) and how you can reliably distinguish them by their distinctive (and alluring) striping patterns. One thing I didn’t discuss at that time was the explanation for why zebras might bear their alluring stripes in the first place. Do their stripes serve a decorative or courtship function? Do they serve to camouflage individuals within the herd from potential predators, as the stripes might presumably mask the outline of each animal? 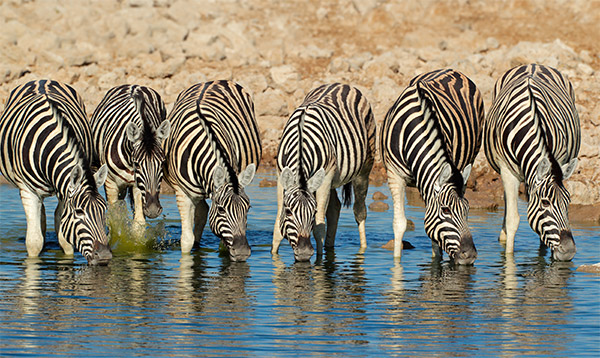 Various theories have been put forward over the decades but one that seems to offer the best explanation for the evolution of the stripes is that they baffle successful attack by biting insects. This might initially seem counterintuitive, since biting insects are small and the zebras large – the zebra can’t possibly conceal itself from a little insect, right? 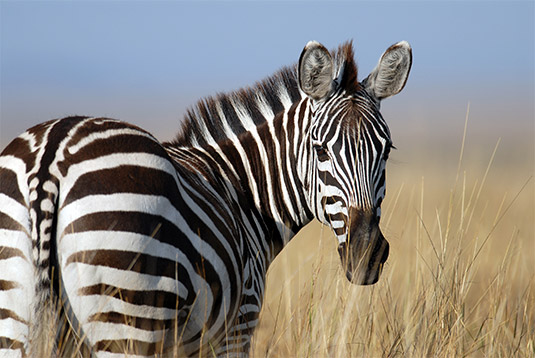 In the latest round of a series of experiments looking at the effects of striping on biting fly behaviour, a research team led by Tim Caro at the University of California Davis devised a set of experiments to monitor the behaviour of tabanids (horse flies) in response to coat pattern. They did this by various means, including direct observations and video recording of flies approaching zebras and horses, and by comparing fly behaviour around horses “dressed up” in black, white, or zebra-striped coats. 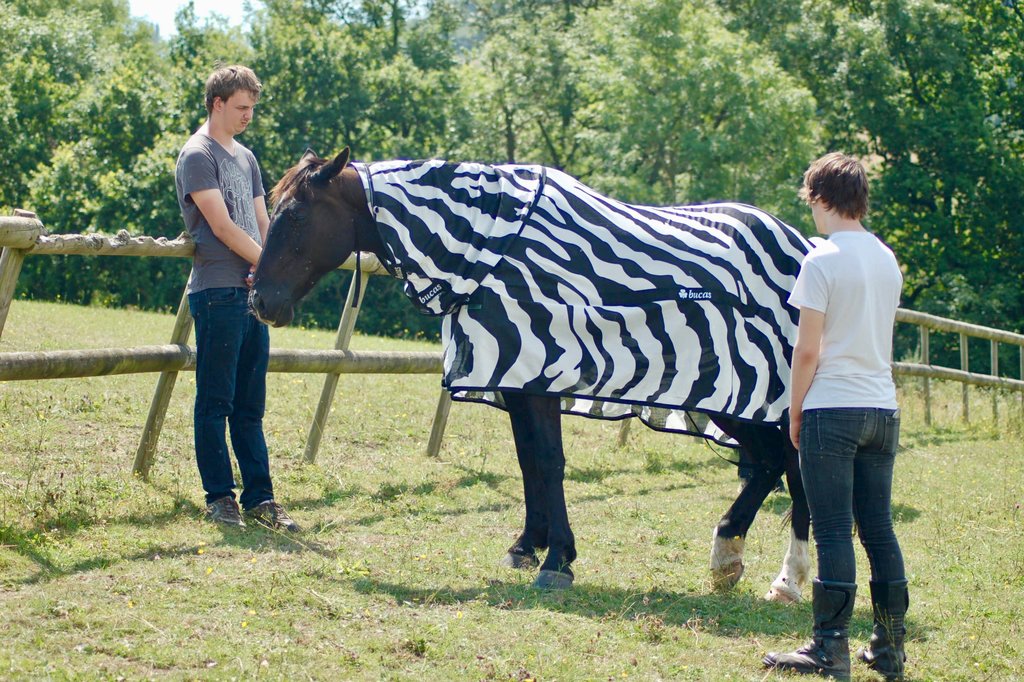 School of Biological Sciences/University of Bristol
What did they find? True to our hunch, a striped coat pattern doesn’t prevent biting insects from finding the zebra or approaching it; the flies seem perfectly capable of spotting their prey at a distance, as animals bearing stripes were not significantly less visited than those without. However, the stripes significantly reduced the instances of landing on a potential prey. The experiment where horses were dressed in white, black, or striped coats, showed that the flies landed on the striped coats significantly less. Interestingly, the experiment comparing horses to actual zebras showed that flies approached zebras more quickly than they did horses! It is, however, at close distance where the stripes’ effects really appear to play out. The flies demonstrated reduced control and deceleration upon final approach towards zebras as compared to horses. While some would veer off just in time, many flies would simply bump into the zebra and bounce off – they simply couldn’t s-l-o-w down, something that might make a proper landing a challenge! Scientists speculate that while the zebra might appear grey to a biting fly at a distance, the striping pattern throws off the insect’s vision at close range. How exactly this happens we don’t know – it’s yet another one of those mysteries of nature we can be happy to ponder! 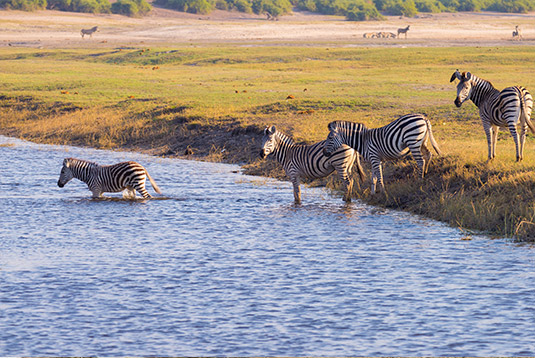 In the meantime, if you’d like to enjoy zebras among so much else, we invite you to consider our following tours and destinations:

Ethiopia (for a chance to see the Grévy’s Zebra)
Tanzania (for many, many Plains Zebra!)
Namibia (for both Mountain Zebra and Plains Zebra)
Full Webinar Library