The Greeks Really Do Have Near-mythical Origins, Ancient DNA Reveals 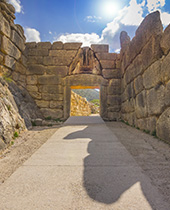 This article was originally published on Sciencemag.org
Ever since the days of Homer, Greeks have long idealized their Mycenaean “ancestors” in epic poems and classic tragedies that glorify the exploits of Odysseus, King Agamemnon, and other heroes who went in and out of favor with the Greek gods. Although these Mycenaeans were fictitious, scholars have debated whether today’s Greeks descend from the actual Mycenaeans, who created a famous civilization that dominated mainland Greece and the Aegean Sea from about 1600 B.C.E. to 1200 B.C.E., or whether the ancient Mycenaeans simply vanished from the region. 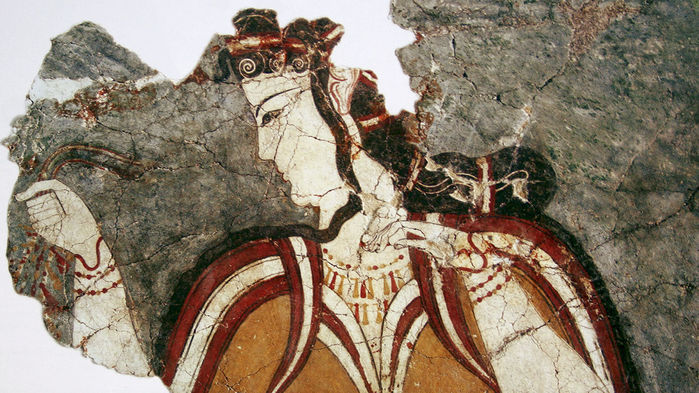 A Mycenaean woman depicted on a fresco at Mycenae on mainland Greece.
© Yann Forget/Wikimedia Commons
Now, ancient DNA suggests that living Greeks are indeed the descendants of Mycenaeans, with only a small proportion of DNA from later migrations to Greece. And the Mycenaeans themselves were closely related to the earlier Minoans, the study reveals, another great civilization that flourished on the island of Crete from 2600 B.C.E. to 1400 B.C.E. (named for the mythical King Minos). 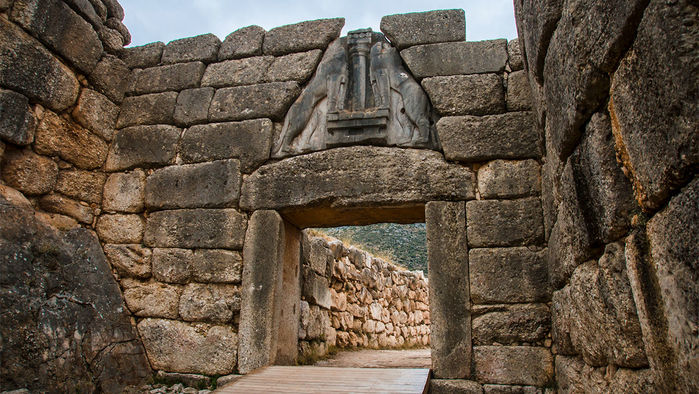 The Lion Gate was the main entrance to the Bronze Age citadel
of Mycenae, the center of the Mycenaean civilization.
RnDmS/iStockphoto
The ancient DNA comes from the teeth of 19 people, including 10 Minoans from Crete dating to 2900 B.C.E. to 1700 BCE, four Mycenaeans from the archaeological site at Mycenae and other cemeteries on the Greek mainland dating from 1700 B.C.E. to 1200 B.C.E., and five people from other early farming or Bronze Age (5400 B.C.E. to 1340 B.C.E.) cultures in Greece and Turkey. By comparing 1.2 million letters of genetic code across these genomes to those of 334 other ancient people from around the world and 30 modern Greeks, the researchers were able to plot how the individuals were related to each other.
FULL WEBINAR LIBRARY