Icy Connections: Why the Arctic Fascinates a Whale Biologist 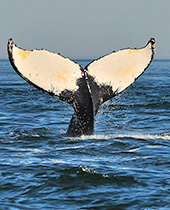 If there were travel guides for different occupations, one could easily think of locales to include in these books.

Paris or the streets of Bangkok would feature prominently in a guide for cooks; Machu Picchu and Cairo would be part of the History guide; while the Large Hadron Collider in Switzerland would appear in the Physics guide. The Galapagos Islands would be a must for Biologists.

On the other hand, if I were to imagine an open guide that touches on many fields, I would look north, to the Arctic. To me, the Arctic is irresistibly fascinating; it is full of biology, for sure, but also of history, geography, economics, politics, etc. As a biologist, the Arctic compels me to ask questions that combine and connect all of these disparate fields of knowledge. It is a place where they all are uniquely and inextricably connected to, and intertwined with biology.

The group of animals I studied serves as an excellent example of these connections. Several species of cetaceans, or whales, have made the Arctic Ocean their habitat and we can trace human history in the way we view, exploit and study these species. The fact that the horn of the mythical unicorn actually came from narwhals was a tightly held secret in medieval times.

Later, the great whales of the Arctic, the right and bowhead whale, were the focus of intense and short-lived whaling which helped light and fuel Europe. Today, Inuit still hunt the bowhead, along with beluga and narwhal, for subsistence. And researchers studying these whales have come a long way in understanding their daily lives, social behaviour and their vocalization patterns. Nevertheless, there are still many unanswered questions.

One of these questions relates to the impacts of climate change, the rate of which is particularly dramatic in the Arctic. These whales are supremely adapted to a life in icy oceans - how will they cope with warming waters? Will species so far kept away from Arctic waters by ice cover, such as orcas, move into areas that become increasingly ice free? How will whole ecological networks change in response to shifting conditions?

Where climate change is concerned, biological questions connect with human cultures. How will Inuit cope with the rapid and numerous changes in their environment? How will this change affect their traditional knowledge on which they rely on and which has sustained them for millennia? Can we use this traditional and biological knowledge to predict how the environment will change?

The Arctic is also a place where people can experience nature in a way that is becoming increasingly rare: Arctic tourism can show you a place lightly touched by humans, an environment that has been hardly modified to accommodate humans. But with increasingly ice-free waters, what would increased tourism mean for Inuit communities and culture, and for the Arctic environment?

The Arctic for me then is a place where we can contemplate the past, present and future, study problems and solutions, and consider challenges and promises. 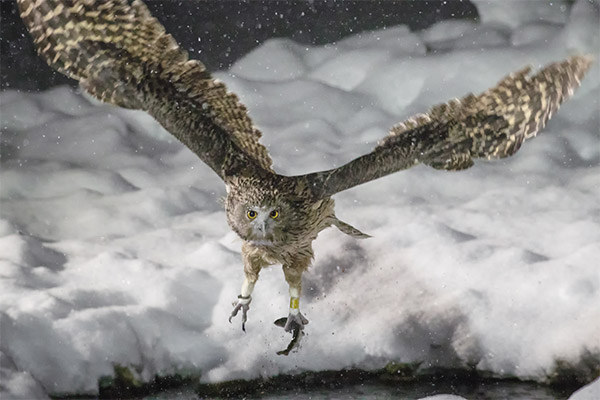 Christoph Richter is an Associate Professor, Teaching Stream, in the Department of Biology at University of Toronto Mississauga. His research focused on the influence of human activities on the behaviour of cetaceans. Currently, he is leading undergraduate research on the ecological impact of invasive species around Mississauga and on the Galápagos Islands. He has taught field courses in the Bay of Fundy, Gulf of Maine, and Ecuador, and has been a study leader on cruises to the Arctic, Haida Gwaii and the Antarctic.
FULL WEBINAR LIBRARY