No Mere Discord of Flags 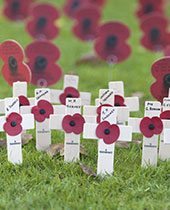 [This essay brings together Melanie Blake's reflections on the June 2016 tour The Pity of War and ideas she's been exploring as part of a larger project on literature about war. Learn more about Melanie's upcoming tour, Belgium & France: English Poets of WWI.]

Down in the trench, it was easy to imagine the rain would keep falling forever and the swath of sky above would remain the same uniform gray. As we stood pressed against the earthen walls reinforced with woven branches, listening to water gushing into a rusty pump, one of my companions turned to me. “This weather is absolutely perfect.” 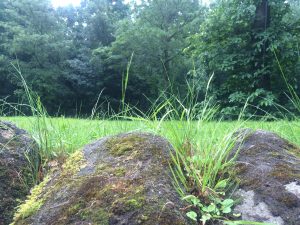 Standing in that trench, we did not face the combined boredom and terror of remaining there for three or four days, eating in the mud and listening for shells. Instead of guiding wagons through heaps of rubble, we travelled in a coach past tidy Belgian towns. And, as our guide Andrew noted, we were always spared the fug—the smell of decomposing men and horses, blood, sweat, quicklime, excrement, tobacco, wet wool, and cooking food. It was folly tinged with arrogance to think we could truly understand the experience of the men who had fought in these trenches and whose bones lay in the sodden earth around us, and we knew it. But at that moment, the rain was pouring down on us as it had on them.

Countries around the world observe Remembrance Day on November 11 (or Veterans Day in the United States). Throughout the 20th century, ceremonies honored soldiers but also commemorated hardship and sacrifice that were shared by society as a whole. Remembrance Sunday expanded the British soldiers honored to include those who fought in WWII, and the Tomb of the Unknowns in Arlington National Cemetery in Virginia contains the remains of soldiers from both world wars, the Korean War, and the Vietnam War. Conscription, the numbers of soldiers involved, the mobilization of civilians to produce materials, and in Europe large-scale destruction meant that war touched nearly everyone. Even for Vietnam, where most U.S. civilians were less directly affected than they had been during World War II, the conflict was in the forefront of public consciousness.

People were connected not only by their shared experiences, but also by the poetry, novels, memoirs, paintings, music, and movies created in response to war. These could supplement or even stand in for personal memories and were thus very powerful. Sanatu Das illustrates the gift and danger of this power: “More than any other genre—fiction, memoir or film—it is the poetry of the trenches, as represented by a small group of ‘anti-war’ soldier poets, that has come to dominate First World War poetry. We seldom read such poetry; it is usually a matter of rereading, remembering, returning—with familiarity, surprise, sometimes resistance. We associate it with a part of our former selves. Today, the poetry of the soldier-poets has coalesced, beyond literary history and cultural memory, into a recognisable structure of feeling.” Poetry and other art gave form to memory, sensation, and emotion. For soldiers, they were a way to describe experiences most would never have. In rare and precious cases, a poem or painting conveyed some essential truth of an experience that could be recognized and understood by those who would come fifty, seventy-five, or 100 years later.

As Das notes, form could become too rigid, with a few works representing the whole of the complexity of war and crowding out other representations. These works could become so familiar we risk no longer truly hearing what they had to say. Or, just as we get our news today, we can choose to “consume” only those works that affirm our opinions and beliefs. We could turn away from May Sinclair’s pursuit of “Danger, / The Beloved who looks backward as she runs, calling to her lovers” when she worked in an ambulance corps. We could dismiss Julian Grenfell, who draws strength from the sun, the earth, and even the “bright company of Heaven” as he prepares for the death that is his “Destined Will” as a thrill-seeking boy who didn’t know any better. As we prepare to attend Remembrance Day ceremonies, we could dismiss Siegfried Sassoon’s disgust at the Menin Gate memorial, where “Well might the Dead who struggled in the slime / Rise and deride this sepulchre of crime” as an old veteran’s bitterness. But in doing so, we close ourselves off to any possibility of empathy and understanding, and to what this poetry can do: “First World War poetry represents one of those primal moments when poetic form bears most fully the weight of historical trauma. Art and testimony are often yoked together by real-life violence, leading to formal realignment, invention or dissonance. Categories such as pro-war and anti-war often prove inadequate, when tested against the complexity of individual poems” argues Das.

Several of the countries that will participate in Remembrance Day ceremonies have deployed soldiers and civilians in Iraq and Afghanistan. Wars continue, but for many reasons—lack of conscription and far fewer soldiers actually fighting overseas, technologies that enable attacks from thousands of miles away, the ability to put on Game of Thrones at the end of the workday instead of being limited to the six o’clock news—the sense of a shared experience has disappeared. In the Unites States at least, it has been replaced by soundbite-ready gestures such as the sponsored patriotism seen at NFL games. These are poor substitutes for seeking out and listening to the longer, more nuanced stories of those who have gone to war.

Shortly after my return from France, I was telling one of my roommates about the trip. He was a U.S. Army infantryman in Iraq in 2007–2008, and he in turn told me about Battle for Baqubah, a book that a sergeant in his company had written, that was being adapted into a TV series called “The Surge.” His excitement and pleasure were evident. “Finally more people will know our story,” he said. Solider-poets are still here, creating novels, nonfictional accounts, short story collections, films, and documentaries. The most compelling of these tear down the categories we so readily put up. Are we ready to give them the same attention we pay to “Dulce Et Decorum Est?”

What, then, was war? No mere discord of flags
But an infection of the common sky
That sagged ominously upon the earth
Even when the season was airiest May. 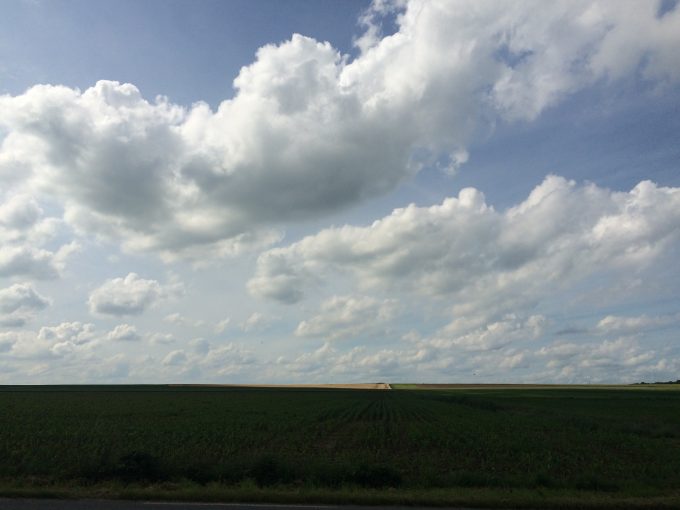