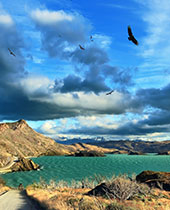 That was the overwhelming sensation on November 25th when a group of onlookers high in Ecuador’s Andes watched from afar as three hulking grey forms took their first steps out onto the expanse of a stark, treeless landscape. At last, Churi, Huayra and Killari were free. 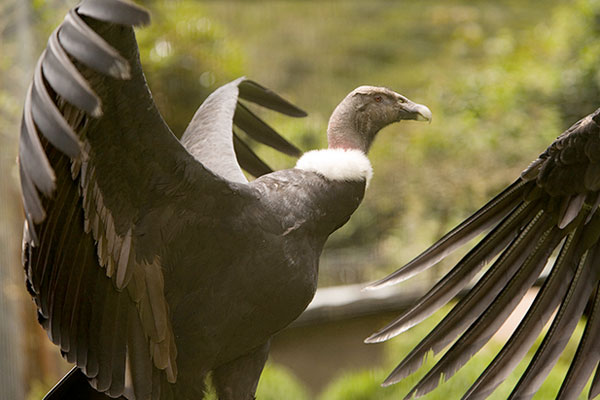 These three full-sized juvenile Andean Condors were taking their first steps away from the security of a captive life, and into the harsh terrain that has shaped the species for millennia. A windswept place of extremes – both in temperature and weather conditions – is a barrier to survival for many species; for the condors, it’s precisely what they need to thrive. Here, they are major players in the ecological fabric of the high altitudes by consuming the flesh of the recently dead before harmful bacteria have a chance to take hold. In essence, death sustains an Andean Condor – that is, unless death strikes a condor itself. Though Andean Condors feed almost exclusively on carrion, the mistaken belief that they prey on livestock has led to overhunting, especially in Ecuador. Pesticides and other poisons that have grown in potency with each step up in the food chain have also claimed their share. Presently, less than 100 individual condors exist in the wild in Ecuador where they are the country’s national bird. For a monogamous, long-lived species that reaches sexual maturity after seven years and then only produces one chick every two years, population recovery can be painfully slow. 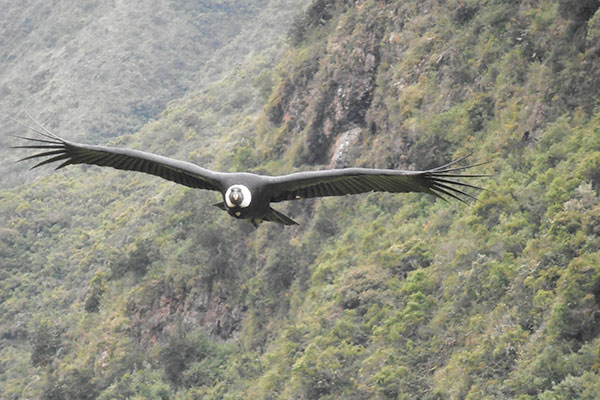 For more than 20 years, Hacienda Zuleta has been part of an important network of captive release stations for the condor. At 2800 metres above sea level and a two-hour drive north of capital city Quito, Zuleta is both a working colonial farm spanning 4000 acres and one of Ecuador’s most exquisite hotels. The on-site Condor Huasi project has been the site of repeated attempts to raise captive-bred condors from three pairs of adults that have been rendered unfit for the wild by injury. The first four chicks didn’t make it past infancy, but the fifth chick has defied the odds since his birth in July of 2015. Over the past year, many hopeful eyes have been cast on Churi as he has grown from fragile hatchling to full-grown juvenile.

Churi’s two companions on November 25th – Huayra and Killari – were born in the Quito Zoo and brought to Zuleta in the spring. According to Hacienda Zuleta’s General Manager Fernando Polanco Plaza, “research has proven that condors released in pairs or groups have a better survivability rate in the wild.” After more than a month of isolation from human contact in an enclosure nestled in the high altitude grassland or páramo, the doors that would lead Churi, Huayra and Killari to freedom were opened.

Many challenges remain for Churi and his brethren as they acclimatize to the land and skies that bore their ancestors. With the help of GPS and radio transmitters, those who’ve been invested in the fate of Zuleta’s fifth captive-bred chick will be able to see where his story leads next. For now, they can celebrate the marvellous accomplishment of a dedicated team that has reached a goal 20 years in the making: an Andean Condor bred and raised at Hacienda Zuleta is free at last.
FULL WEBINAR LIBRARY