Dubai or Not Dubai? That is the Question 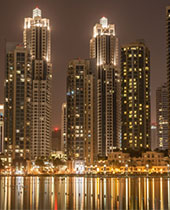 Confession – I want to sell you a Travel Pursuit to Dubai from March 7 to 13, 2016. Selling does not come naturally to me, but I think this trip deserves an extra push since, if you are anything like I was, Dubai may not be on your radar. My vision of the emirate, such as it was, could be summed up by this anonymous quote, “… an affluent bubble in a cloudless sky, confected in a few decades from desert subsistence into a futuristic city, hotels and high rises.”

But being a curious cat, when I got an invitation to attend the 6th annual Emirates Festival of Literature in March 2014 to cover the festival as a travel journalist (courtesy of Francis McGovern at Literary Traveler), I jumped at the opportunity. I wanted to see what this place was all about, how people felt about living there, and how books figured in their lives. You can see the atmosphere for yourself in the festival’s official 2016 video. 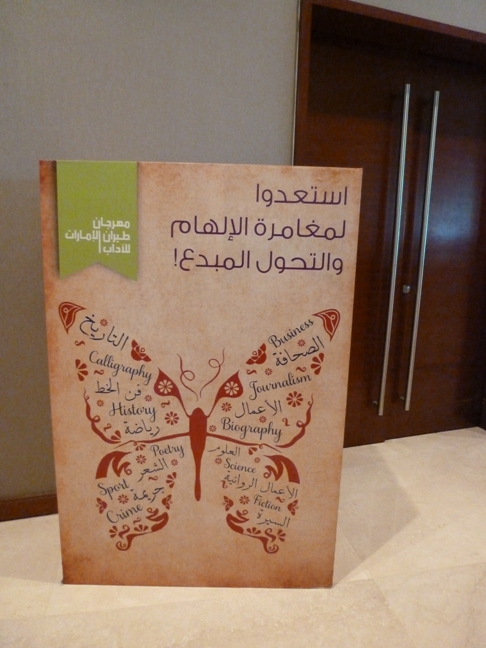 The theme of the festival was Metamorphosis, one of the great themes of storytelling from the earliest days of the written word (and our theme for Toronto Pursuits 2016). The festival is the brainchild of Isobel Abulhoul (pictured below). Isobel is a force of nature, a larger-than-life expat Brit with a lifetime passion for reading. She came to Dubai in 1968 after meeting Abdulla Abulhoul, the man she would marry, when they were both students at Cambridge. She and Abdulla co-founded Al Ittihad School (ittihad means “unity”) because they wanted their five children to have an education that combined the best of British and Arabic traditions. 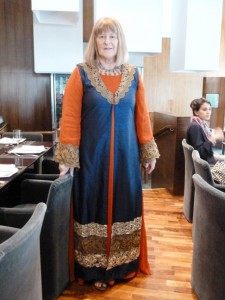 Isobel started Magrudy’s in 1975 as a shop that sold educational toys and children’s books. Now there are multiple branches and books for all ages in both Arabic and English. She founded the literary festival in 2008 after a casual conversation over a ladies’ lunch, and it continues to reflect her values:

“I want the festival to be as open and accessible to everyone as possible. We shouldn’t be keepers of taste, and I am a great believer that any reading is good for you, so unusually for a literature festival I see as us as a festival for non-readers rather than avid readers, because I want us to encourage people to pick up a book for pleasure.”

Thirty thousand people, young and old and from all different backgrounds, came together with authors over five days in early March. There were special sessions for children, a Female Focus strand, literary lunches, and writing master classes. Sessions were simultaneously translated from Arabic or English or vice versa. Casual conversations across boundaries were easy and common. The atmosphere at the InterContinental Hotel Festival City was more carnival than conference. 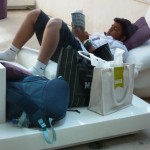 Children of all ages and cultural backgrounds were everywhere. Many sessions were oriented toward their particular interests. Others were focused on writing for children. It was especially thrilling to see kids who couldn’t wait to peel off on their own with a newly acquired book. 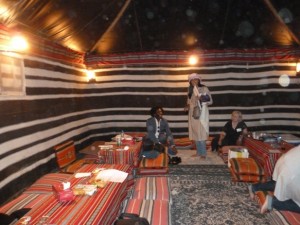 One enchanted evening the festival brought together music, poetry and traditional Arab dining beneath the black desert sky punctuated with a bright crescent moon. We were transported in dune buggies to a desert camp where I shed my shoes and satisfied all my senses – fine sand, still warm, underfoot, the haunting music of a lone oud player, the dark sky, and convivial company over wonderful food while sitting on carpeted cushions at a low table. And there were the featured performances from some of the world’s most prestigious poets. As participating British poet Lemn Sissay said: “Poetry! Camels! Deserts! – at no other time will I be able to say that in a single sentence!” 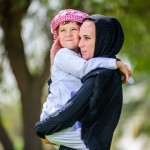 As with everywhere I’ve travelled, I found Dubai was a place of far more complexity, texture, and nuance than I had anticipated. But what surprised me most from my short stay was the cultural and cosmopolitan vibrancy that can only be found in a young and optimistic society. Apart from the glitz of over-the-top malls and the impossibly tall and narrow skyscrapers reaching up from the desert, this city is making big business of the arts and seemingly doing so with energy, excitement and a refreshing lack of cynicism.

The Festival of Literature has just announced that, due to unprecedented author interest, the 2016 festival will now take place over two weeks from March 1 to 12. Here is an early list of some authors already confirmed.

I have sprinkled several photos in this post. I invite you to view more images in the Dubai slide show I prepared from my 2014 visit.

So, Dubai or not Dubai?

I hope you decide ‘tis nobler to extend your reach beyond what is comfortable and customary. That is the way we bridge the gulf between us. Do also consider staying on for an amazing desert experience in Oman. Learn more about the trip: Bridging the Gulf Between Us: Dubai Finding Its Own Cultural Voice. 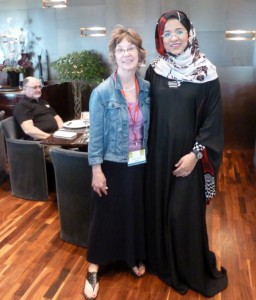 We will, of course, be discussing a couple of books to deepen our experience. While more and more novels are being written by Emirati citizens and will be featured at the festival, they are difficult to come by here in North America. In Dubai, we will discuss The Dog by Joseph O’Neill. O’Neill has written a serious literary novel, not just about Dubai, but about us in the West. Dubai, after all, is “an attempt by the Gulf Arabs to read the minds of their erstwhile Western patrons and their awkward fantasies — to become familiar with that collective mind, to decipher it and serve up what they think it wants. It is this Arab intuition of Western desire that O’Neill, with nightmarish subtlety, has grasped and consequently made his premise.” (From a review in The New York Times.)

In Oman, we will read Earth Weeps, Saturn Laughs. Novelist Abdulaziz Al Farsi takes the reader into the life of an Omani man returning to his small hometown after working in the city, as he recovers from a scarring love affair with a woman he truly loved. Al Farsi uses his novel’s eccentric characters to explore the intersection of religion, tradition, and contemporary Omani life.

For more information and to request a detailed itinerary, please click here.

I look forward to seeing you in Dubai,

“Recognize yourself in the he and she who are not like you and me.”