Justin is Quest Nature Tours' Director of Programs and senior naturalist, and a principal of Worldwide Quest. Born and raised in Canada to an East Indian mother and Czech father, and schooled in French Immersion, Justin became by proxy a student of languages and cultures from an early age. A keen interest in nature also came to him early, and so one might say that travel came "naturally" to him as well when he was whisked off to visit relatives in faraway places! Driven by a desire to share his observations with others and an aptitude to help others develop their own interests, he began leading nature walks in his early teen years and was ultimately able to make a career that married his multiple passions. He worked for several years as Senior Naturalist at Ontario's world-renowned Algonquin Park, where he coordinated the park's interpretive program and recruited and mentored promising young naturalists, in addition to serving as Lead Howler for Algonquin's celebrated Public Wolf Howls. Justin moved to Quest Nature Tours in early 2013. In addition to overseeing the tour roster, Justin has personally led tours to such places as India, Peru, Namibia, the Galapagos Islands, the shores of Hudson Bay, the Canadian Arctic, the Gambia, and Antarctica.

Justin is Past-President of the Toronto Ornithological Club, life member of the Ontario Field Ornithologists and he sits on the Board of Directors of Birds Canada, which is Canada's leading bird conservation organization. He regularly leads spring bird walks at Point Pelee National Park. He also volunteers his skills in regional and international research projects and publishes his observations whenever possible; for example, he co-authored a scientific paper in the Canadian Field-Naturalist detailing previously undescribed behaviours of the Fisher, which is a medium-sized member of the weasel family famed for its ability to kill porcupines. He is also a popular speaker and trip leader at birding festivals and nature clubs. More recently, Justin completed revisions to the popular book Trees of Algonquin Provincial Park and he took on the role of moderator for the burgeoning Facebook group, Ontario Birds. Like some other Quest leaders, Justin is a member of the Brodie Club, one of Canada’s oldest and most prestigious natural history clubs.

Justin's interests span the gamut of natural history and he is always keen to help tour participants enjoy every region they visit to the utmost. He admits a particular fondness for India and the Galapagos Islands. He is currently preparing for our Japan in Winter tour in January 2023.

Some of Justin's other writings are on-line. You can read his articles in Algonquin Park's official newsletter, The Raven, including on the advent of Beech Bark Disease in the Park (in printer's layout) as well as one of the distribution of the Basswood in Algonquin Park. Justin also publishes in Ontario Birds, journal of the Ontario Field Ornithologists. Here's an article on nectar-feeding behaviour by a Nashville Warbler. A more recent one details the death-by-entrapment of a Purple Martin (warning: some graphic images). Yet another here details the effects of Double-crested Cormorants at a newly formed colony. Justin has also authored book reviews for Birding, the magazine of the American Birding Association; he most recently reviewed A Most Remarkable Creature here. 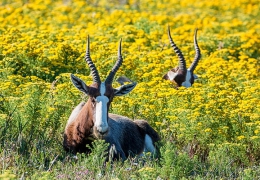 South Africa: Best of the Cape 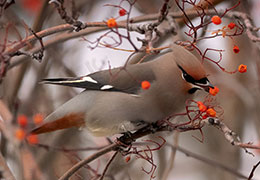 Winter Birding on “The Rock" 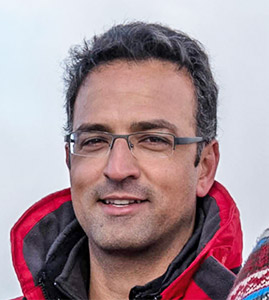 Can This Bird Be Real?

Snorkelling in the Galapagos

My Scouting Trip to Zambia: Part 1

Whoooo Goes Fishing in the Dark?

When is the best time to go to the Galapagos?

For more blogs written by this leader, click here.