There is an unforgettable charm that pervades Scottish culture. The birthplace of golf and Glenfiddich whiskey has an identity of its own within the larger context of the United Kingdom, what with haunting bagpipe anthems, culinary staples like the infamous Haggis, and its uniquely rolled “r’s”. Even the dominant sense of humour is uniquely Scottish—a lovingly dry wit that forces you to be sharp and on your toes. Capital city Edinburgh is the gem of the south, nestled on the eastern shores where the waves of the North Sea end their journeys from various corners of the Northern Hemisphere’s oceans. Seemingly watching over the historic city is the Edinburgh Castle from atop its Castle Rock perch, and with an entranceway flanked by statues of historical icons William Wallace and Robert the Bruce. Rocky coastal cliffs host impressive congregations of gannets and kittiwakes. The sweeping moors and valleys of the Highlands to the north are home to hearty northern fauna such as Golden Eagles and Red Deer. Not to be forgotten are the galleries and museums of Glasgow and the world-renowned St. Andrews Links, which is much-enjoyed by golfers and non-golfers alike. 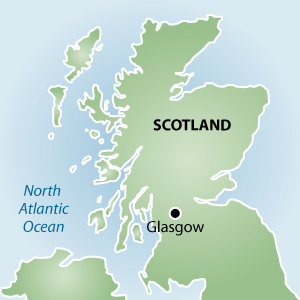 The best time to visit Scotland is during Summer (June to August).

Scotland has some 790 islands, 130 of which are inhabited

American and Canadian citizens do not require a visa to enter Scotland.