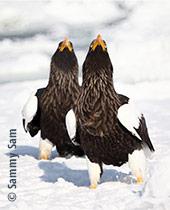 If I could declare an ‘official’ bird of the Pacific seacoasts of the Far East, it would be the Steller’s Sea-Eagle. Breeding along the remote coastlines and large rivers valleys along Russia’s Sea of Okhotsk and Kamchatka Peninsula, it is distinguished by its striking plumage pattern, gargantuan bill, and its huge size – in fact, it is even larger than its North American cousin, the Bald Eagle. 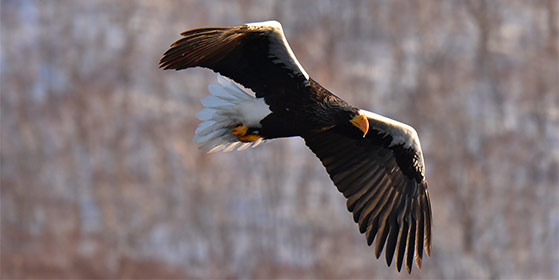 Steller's Sea Eagle
Like its counterpart, the Steller’s Sea-Eagle has a particular liking for fish and builds its huge stick nest in trees or on cliffsides with close access to water. While they live at low densities in the breeding season, Steller’s Sea-Eagles can be gregarious in the winter and will congregate in large numbers at favoured feeding spots. 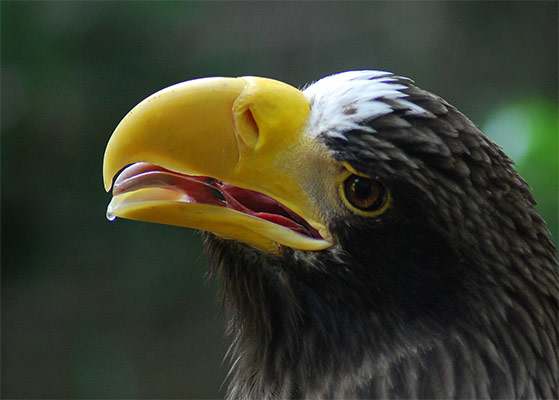 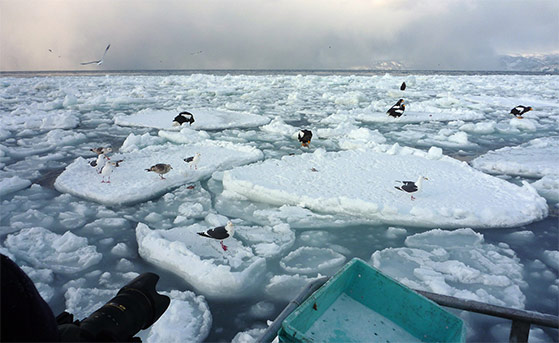 Steller's Sea-Eagles and Slaty-backed Gulls in Hokkaido
© Sammy Sam
Some of the birds disperse south along the Russian's coast towards Korea for the winter and a good number will migrate down the chain of Kuril Islands that will bring them from Kamchatka down to Japan’s north-most large island, Hokkaido. Upwards of hundreds of these birds might gather atop of sea ice during the depths of winter, and it may be possible to see them by venturing out on a vessel. Even seeing a few of these birds should cause the heart to flutter, and the chance to watch them exercise their power, perhaps as they battle over food, is exhilarating. 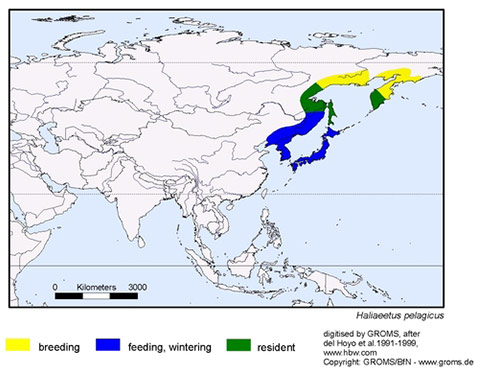 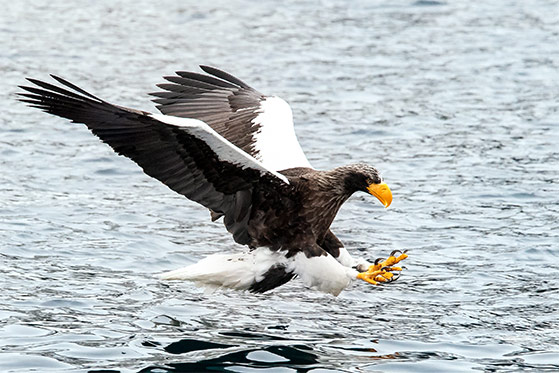 A Steller's Sea-Eagle about to take a fish!
© Julie Edgley
We’ll be watching for Steller’s Sea-Eagles in Hokkaido among so much else on our Japan in Winter tour in February 2022. It’s a once-in-a-lifetime adventure. Please consider joining us!