The Valley of the Temples... 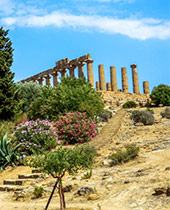 On my very first trip to Agrigento in 1992, I met an archaeology student, Alessandro, who quickly became my favourite Sicilian guide. As we approached the site of the Valley of the Temples, he told me “Prepare to be astonished!” And I was….

The beauty and impact of this site is heightened by its splendid location on a magical hillside overlooking the Mediterranean with the remains of temples scattered along an avenue lined with almond and olive trees. Founded as a Greek colony in the 6th C BCE, Agrigento was one of the leading cities of the Mediterranean world. Its supremacy is visible in the remains of the magnificent Doric temples that constituted this large sacred site. 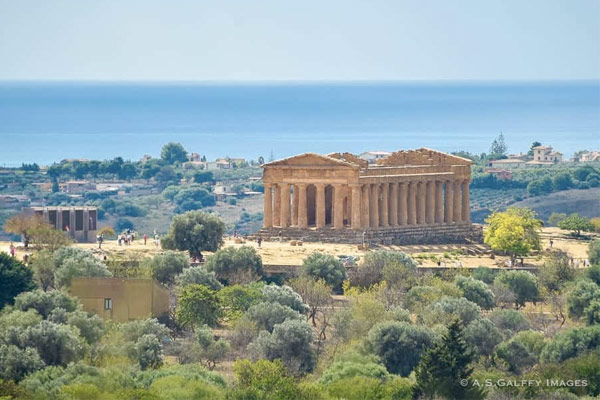 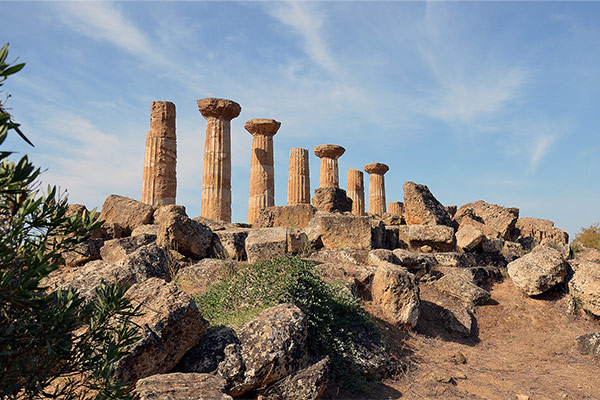 Remains of the Temple of Heracles
The Temple of Concordia is stunningly well-preserved. Built around 430 BCE, it has survived almost entirely intact; no surprise that this remarkable structure is the model for UNESCO’s logo. Set up on top of the ridge, it once served as a beacon for returning sailors. The temple is surrounded by columns (six on the front and rear and 13 on each of the two sides). The statue of the deity would have been kept in the closed cell in the centre of the temple. 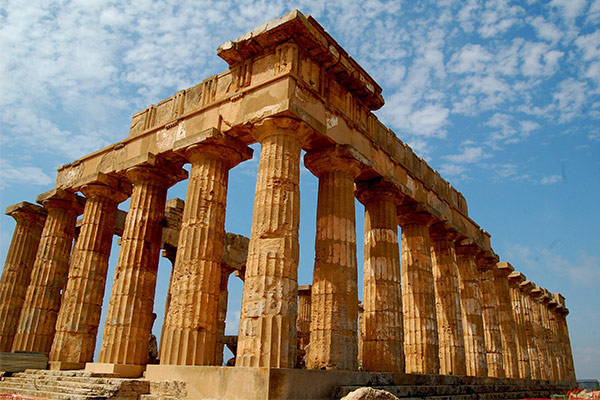 Temple of Hera
At the Temple of Hera, much of the colonnade is intact as is a long altar originally used for sacrifices to the gods. The Temple of Hercules preserves upright eight of its 38 columns. The others lie on scattered around allowing a closer view and appreciation of their size and stonework. 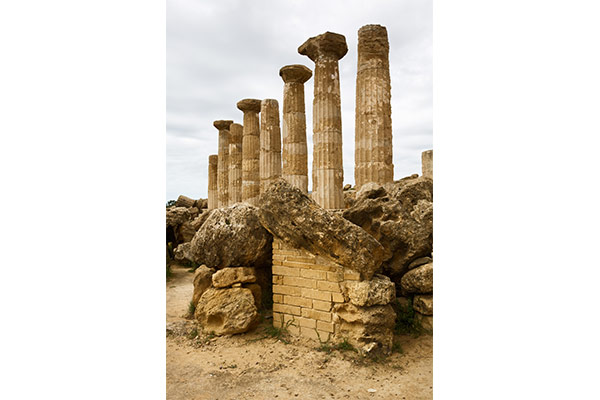 Temple of Hercules
Walking along the avenue with the scent of almond flowers in the morning air or admiring the sight of the illuminated temples at night remain among my very favourite ways to feel the past around me. Add in Sicily’s traditional food and wine, views of the sea and the mountains, charming small towns to explore on foot, and… it’s just about perfect. 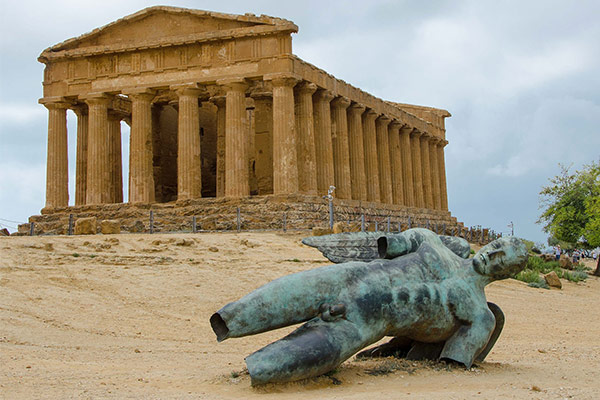 Fallen Icarus statue in front of the Temple of Concordia
The Valley of the Temples is one of Sicily's most enthralling sites. Join Mark Cwik and Classical Pursuits in November and “prepare to be astonished!”
Sicily: The Key to Italy
November 10-21, 2021  |  Learn more
Webinar Library