Where the Birds are in a Swirl 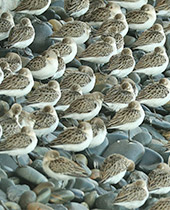 The Bay of Fundy between Nova Scotia and New Brunswick enjoys the highest tides in the world. A lesser-known fact but perhaps equally noteworthy is that it also hosts one of the great spectacles of nature in Canada: the mass staging of Semipalmated Sandpipers each August.
These shorebirds that are just a little larger than a sparrow breed on the tundra of subarctic and arctic North America from east to west. Most of the birds breeding in the eastern half of Canada will winter on the northeast coast of South America. The Bay of Fundy plays a critical role in the migration of many of these birds. Following the breeding season, many sandpipers will arrive on the shores of the upper Bay of Fundy and congregate in huge flocks. Upwards of 350,000 individuals may be found throughout the whole area, representing an estimated 40 – 75% of the entire world population of this species! 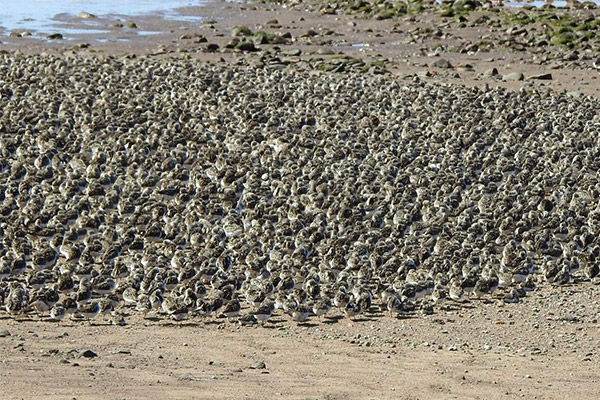 A flock of Semipalmated Sandpipers resting. At a distance they can look like cobblestone.
Photo credit: Pete Read
Here over several weeks, they will gorge on various nutritious items found on or in mudflats. One of these would be amphipods, which are tiny and nutritious crustaceans that are particularly high in fatty. acids These crawl over the mud or hide within. 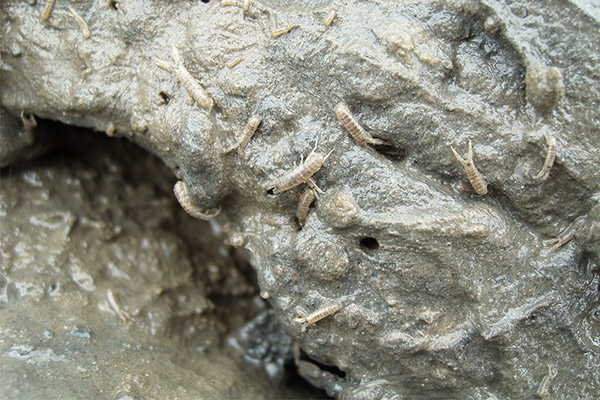 Amphipods of the species Corophium volutator. These measure up to 11 mm in length.
Photo credit: C. Löser (wikicommons)
After fattening up on these and other food items, the sandpipers will perform the next and most remarkable step of their migration: in one “fowl” swoop, they will set off from the Bay of Fundy, southeastward over the Atlantic Ocean and go non-stop to South America, a distance of greater than 3,200 km! Those energy reserves will allow them to fly continuously for 40 – 60 hours to achieve this amazing feat. 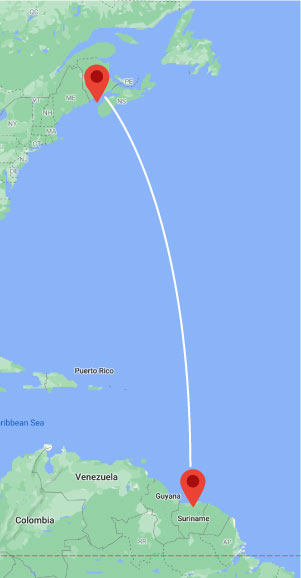 In the meantime, we can enjoy seeing them on the Bay as they prepare for this epic migration. Birds will feed, rest, preen, evade predators such as Peregrine Falcons and provide a spectacle of their shimmering bodies against the deep reddish-brown mudflats. Quest traveller, Janice W. said this of the experience:
“Never did I expect to get so emotional by the sight of this Semipalmated Sandpiper spectacle ❤️."
Our next chance to experience the congregations of sandpipers will be on our Bay of Fundy and Grand Manan tour, August 6 – 11, 2021. Join naturalist Pete Read for sandpipers, whales, gorgeous landscapes, and the refreshing smell of sea air.