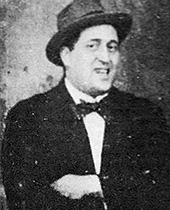 There will be no shortage of forceful personalities on the Classical Pursuits trip They Came to Paris: Literature 1910–1940. The French capital nurtured and attracted strivers, artists, dreamers, writers and flâneurs of all kinds. We will meet many of them, from Hemingway and Stein to Picasso to Kiki of Montparnasse. Of all these, perhaps none was more exuberant than poet and critic Guillaume Apollinaire. In his short life, Apollinaire helped determine the direction of 20th-century poetry. He was also a bright guiding light in the bohemian life of Paris before and during WWI. In this blog miniseries, you’ll learn about his poetry, life and influence on all that was avant-garde. 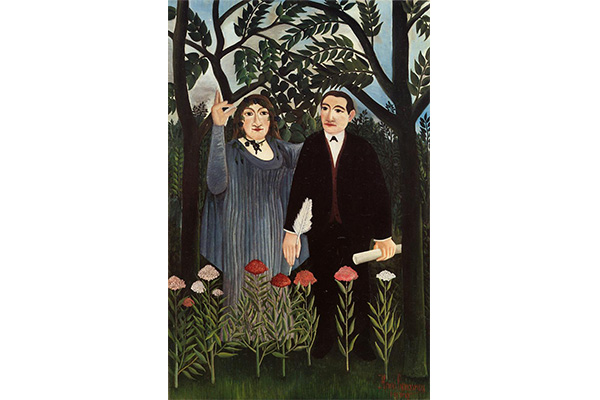 French poet Guillaume Apollinaire (1880-1918)
and his muse, French painter Marie Laurencin
Apollinaire was born in or near Rome in 1880. He was the son of Angelika Kostrowicka, a Polish noblewoman, and possibly Francesco Flugi d’Aspermont, a Swiss-Italian officer and aristocrat. After a nomadic and independent childhood with his brother, Albert, he settled in Paris in the early 1900s. He was in low spirits following the end of a love affair. But it was not long before the energy of the capital, Europe’s centre of creative innovation, pulled him up.

In the pre-war years, the irrepressible Apollinaire was a familiar figure in Montmartre and later Montparnasse. He loved walking, singing, entertaining friends in restaurants, and chatting with anyone and everyone. He became friends with Picasso and Vlaminck, among others, and for several years was the lover of painter Marie Laurencin. 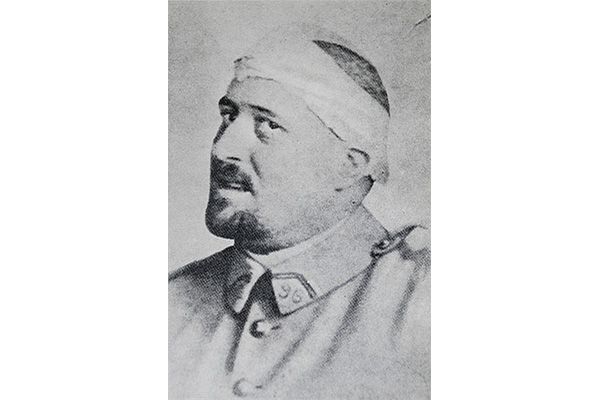 Photograph of Guillaume Apollinaire in spring 1916
after a shrapnel wound to his temple
These relationships were formative for his own writing and thought. Although he was never a painter, Apollinaire became a prominent champion of cubism, surrealism and futurism. For the plastic arts and poetry alike, he embraced the new ideas circulating in Paris’s cafés and studios: the rejection of verisimilitude and linear time as standards to uphold, and crucial for Apollinaire, the use of surprise. Surprise, he said, was “le plus grand ressort nouveau”— the greatest new motivating force. Harnessing this force did not mean doing away with tradition entirely, but rather creating a new order that would serve contemporary life. In Apollinaire’s work, subject matter, vocabulary, punctuation, poetic form, rhyme and imagery would all be re-examined and deployed to create this vital element of surprise.

A brief excerpt from “La chanson du mal-aimé” (“The Song of the Poorly-Loved”) from his major collection Alcools (1913; translated 1964 by Robert Shattuck) will give an initial impression of Apollinaire’s work. In later posts, look for a deeper discussion of his poetry, including more selections from Alcools and works he wrote while serving in the French army during WWI.

I who know sad lays for queens
The ballads of regretful years
The choruses of sea-doomed slaves
The romance of the poorly-loved
And songs which only sirens sing
They Came to Paris is filling up! Register today, and change forever
the way you see the City of Light.

Imagining the Wild World of Henri Rousseau, an Armchair Art Tour with Wendy O'Brien
Click here to watch it (55 min. + Q&A)
Follow us on Instagram @WorldwideQuestTravel