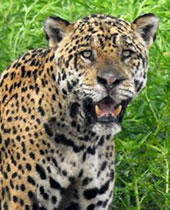 What an amazing trip to Brazil this year! In order to balance and broaden our wildlife experiences we visited a few extra places with great results.

Our trip started in Rio de Janeiro, where we enjoyed a day of activities including the two commanding viewpoints at Christ the Redeemer and Sugar Loaf. Rio looks amazing from these lofty perches. Then, we had an enjoyable trip to the Botanical Gardens where we were introduced to some common birds and plants of this area of Brazil. Soon we worked our ways into the Atlantic Forest in the highlands of Itatiaia Park, and soaked in the awe-inspiring views of misty mountains and valleys from our hillside chalets. 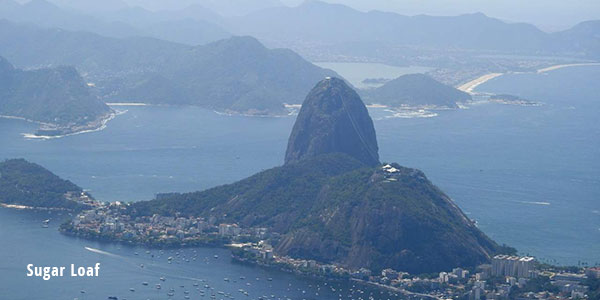 Here, an array of thrilling birds visited the feeders. Hummingbirds such as the diminutive Frilled Coquette, beautiful Brazilian Ruby, and Scale-breasted Hermit visited regularly, parrying with the well-dressed Black Jacobin for space and food. At the fruit feeders were such wonders as Saffron Toucanet and Green-headed Tanager, among others. Several days of marvellous wildlife viewing at various altitudes in this area included howler and capuchin monkeys. 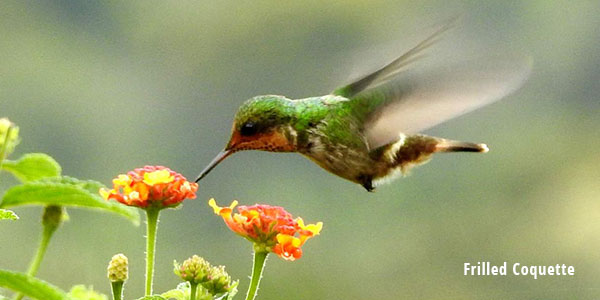 It was then off to the Pantanal – the largest wetland in the world. En route to the Cuiaba River via the Transpantanal Road, we stopped at numerous small bridges and were fascinated to observe a large array of species such as caiman, Capybara, the magnificent Hyacinth Macaw and the grotesquely gorgeous Jabiru. On a night drive, we spotted Nine-banded Armadillo and Crab-eating Fox. Daytime highlights were a Southern Tamandua (Little Anteater) and later, a Giant Anteater: a remarkable, lengthy bundle of fur with a long snout and sticky foot-long tongue. 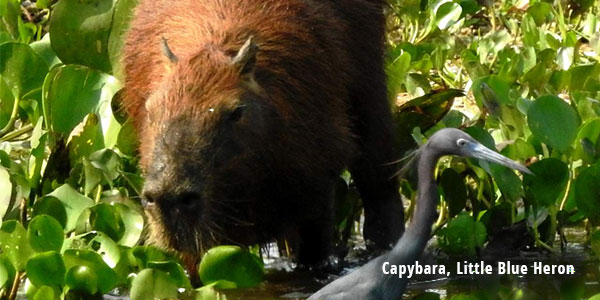 We spent a couple of nights on a Flotel that was conveniently located along the Cuiaba River close to where we took boat rides to look for the coveted Jaguar. We were absolutely thrilled to see a total of five of these large cats as they went about performing much like their small cousins by slapping at bugs with their tails, rolling onto their backs, and just lazing in the shade. On two occasions, we were lucky enough to see Jaguars swimming – one among the water hyacinths and another across the river right in front of us. Amazing experiences! At a few rivers we also had looks at Giant Otters as they submerged and popped up in different spots while vocalizing loudly. Northbound along the Transpantanal, we encountered tapir and a small anaconda disappearing across the road. 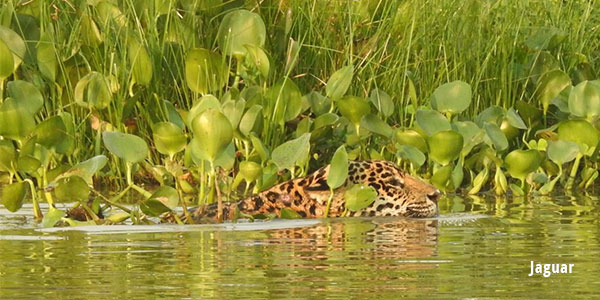 The next leg of our exciting journey took us to the southern Pantanal, near Campo Grande. The pousada where we stayed also specialized in truck and boat drives, so we saw a myriad of wildlife there as well. Of note were four more Giant Anteaters, including some up close and personal! 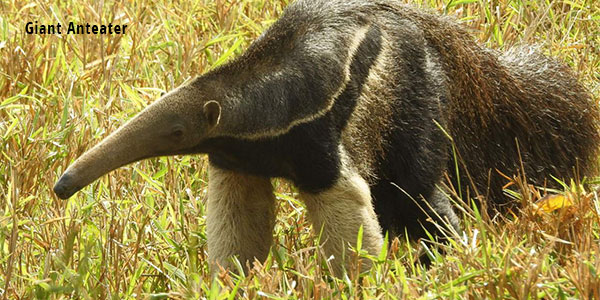 Our last stop was Caraca Park in a different part of the Atlantic Forest. This gave us the chance to look for new bird species such as the Swallow-tailed Cotinga, and other mammals such as a troop of Dark-faced Titi Monkeys.

It is impossible to express how extraordinary this trip was: Jaguars, Giant Anteaters, macaws, toucans, Capybaras, caimans, butterflies, lizards, Giant Otter, and many, many more wonderful wildlife encounters. We couldn’t have asked for more!

All photos were taken by Pete Read on this trip. To learn more about joining Pete in 2018, click here.
Webinar Library