A Brief (and Ironic) History of Moose on the “Rock” 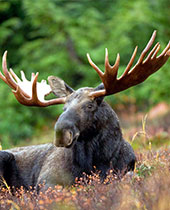 Just about every Newfoundlander has a Moose story. It comes with the territory (well, province, if we’re being picky). Not only are they common, but they’re pretty darn impressive even if you’ve seen them hundreds of times. Better yet, their surroundings are usually a picturesque setting combining serene wetland and thick forest (oftentimes with a touch of morning mist). As Newfoundland’s landscapes at large represent a convergence of Maritime and sub-Arctic character, Moose encounters on the “Rock” have a unique twist. 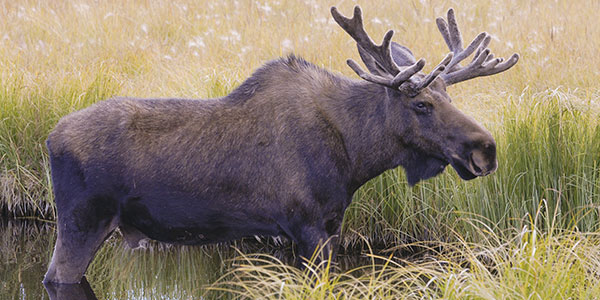 How strange, then, to read a passage from an experienced explorer of Newfoundland’s wild interior as the following:

“The animals that do not inhabit Newfoundland and which are common to many parts of North America, are: the moose…”

Considering that Newfoundland today has the highest density of Moose anywhere in North America, General Richard Dashwood’s description of a “Moose-less” Newfoundland seems downright absurd. Until fairly recently, however, that loveable island distinguished for its Moose had only the hoof prints of the native Woodland Caribou. In his 1871 book Chiploquorgan or Life By The Camp Fire, Dashwood talks glowingly about the wildlife and landscapes of Newfoundland, but laments rather poetically about its lack of Moose:

“How I wished that there were Moose in Newfoundland! What a place it would be to call on the lakes by our camp.”

Dashwood goes on argue the merits of bringing Moose to the island, namely as a means of augmenting the sport hunting experience. With 19th Century caribou populations precariously low due to extensive hunting, a bull and cow Moose were introduced to the Gander Bay area in 1878. The fate of this initial pair is not entirely known, but with the Newfoundland Railway’s 1898 completion offering unprecedented access to more remote regions of the interior, the appetite for another big game option was bigger than ever. Authorities gave Moose introduction another go in 1904, and there’s been no turning back since. 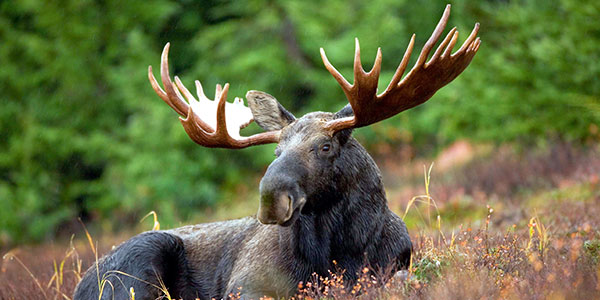 Rich descriptions from the early 20th Century onwards of the untamed Newfoundland wilderness – a “sportsman’s paradise” – read like General Dashwood’s glowing accounts of 1871, but with one notable exception: rather than bemoaning the absence of the mighty Moose from the stirring backcountry of the island, they feature the iconic mammal as a prime attraction. 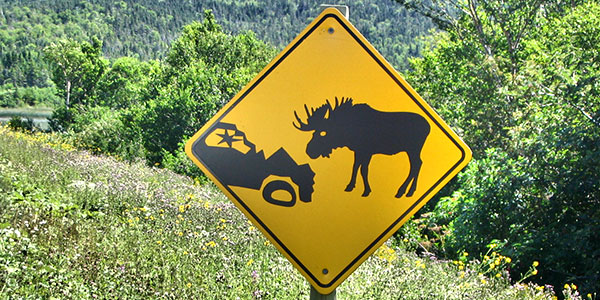 More than a century later, the Moose has become an integral part of Newfoundland’s landscape, character, folklore and menu of traditional food. Though the story of the introduction of Moose to Newfoundland is not without its bumps – over-browsing has curtailed forest regeneration in areas of particularly high Moose density – there’s no denying the indelible impact the Moose has had on island culture. The annual Moose hunt is a rite of passage, and tales of encounters with the province’s largest mammal fill songs, stories and nostalgia-filled anecdotes shared around the campfire or over a few pints at the local pub.

Editor’s Note: There will be a great opportunity to watch Moose and experience many other natural highlights of Newfoundland (and Labrador) on our upcoming tour departing next June! To learn more about and to request a detailed itinerary, please click here.
Webinar Library