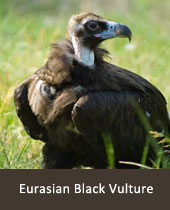 Spain may not be one of the first countries that comes to mind when we think of prime nature travel destinations. Indeed, we tend to think of Spain mainly as a destination of cultural interest. But Spanish geography and history have aligned in favour of nature and wildlife in many different ways: numerous internal mountain ranges often defy all but rudimentary human settlement and serve quite literally to maintain a network of wild landscapes within the country; prevailing climatic extremes and weathered soils often permit only low-intensity forms of agriculture over large stretches; and a number of fine national parks and nature reserves covering a variety of habitats have been created over the years to protect critical remaining wild spaces. Thus a distinctive flavour of the primeval lingers here alongside the millennia-old civilization, and it is precisely this that we will taste when we return to Spain in April. What are some of the things to which we particularly look forward? Here is a couple:

1) The bird life! Spain is a stronghold of a number of different species that even casual birders will enjoy, and spring will be a particularly fine time to see them as they will be at the peak of breeding activities. The striking Azure-winged Magpie is one of these and is sure to delight. Surprising to some, the Greater Flamingo is found in Spain, where we should see it at Doñana (it’s the inspiration for the distinctive and well-known Andalusian dance of flamenco). To the north in the plains of Extremadura, we will search for Great Bustards as the males employ their “foam bath” courtship displays. Spain is also a stronghold for raptors; in the mountains of Monfragüe west of Toledo, we have a good chance of seeing the formidable Spanish Imperial Eagle (whose nest we have spotted in the past) and the Eurasian Black Vulture, which is found here in greater numbers than anywhere else in Europe. We will also keep an eye out for migrant birds that are just passing through Spain; owing to its proximity to Africa, Spain has the distinction of acting as a “funnel” for many migrants heading to northern Europe while avoiding a perilous crossing over the broad expanse of the Mediterranean Sea farther to the east.

2) The landscapes: As we travel the countryside, we’ll notice how it has an appealing pastoral quality that seems at once managed and natural. We’ll see treed areas known as dehesas, which derive from centuries-old agricultural practices that maintain the natural “scaffold” of indigenous woodland, often while simultaneously serving as pasture for livestock. The secret to their appearance often lies in the production of cork. Cork is derived from the Cork Oak’s bark, which grows so thickly upon the trunk that a portion of it can be harvested periodically without causing harm to the tree. This sustainable form of agriculture has a very beneficial side-effect for wildlife because extensive areas of indigenous Cork Oak trees must be maintained for ongoing cork production. This means that numerous woodland birds and mammals continue to inhabit these areas, including such rarities as the Iberian Lynx and more common species such as Wild Boar. Dehesas also play host to a wide variety of wildlfowers, many of which should be in bloom at the time of our visit.

A visit to Spain is a “step back in time” and an opportunity to observe a wide variety of landscapes, flora and fauna as well as to savour some of the country’s fine culture. We invite you to join us as we return to Spain this spring.