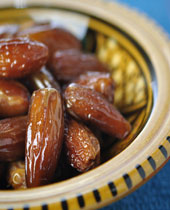 Until the late 1970s, Oman was well hidden and very little was known about the country. But that’s not to say the Oman is one of the more conservative countries in the Middle East. Quite the contrary; buildings show both Arabic and English names; there is no income tax; education and health services are free. The country is ruled by the monarch the Qaboos bin Said al Said. Contrasts abound here: Omanis love mobile phones, but have rejected trousers. The Bedouins travel in four-wheel-drives, but keep camels for their milk and meat. The famous dhow building yards at Sur now turn out tracing vessels - fishermen and coastal traders prefer fibreglass to teak - yet the harbour hasn't changed in 1,000 years. Despite the over-the-top reputations of glamorous Dubai with its brash buildings and artificial snow fields, Oman is quieter, smaller, more authentic. Beyond the capital, there are deserts filled with frankincense trees.

The old, walled city of Muscat is crammed into a bay between jagged brown mountains. Aside from the two 16th-century Portuguese forts which frame it, most of its older buildings have been demolished to make way for government offices and the Sultan's blue-and-gold waterfront palace (a kind of orientalised Art Deco) built in 1972. The city certainly has its imposing buildings, like the astonishing Grand Mosque, which can hold 20,000 people and where the prayer hall boasts the largest chandelier in the world (eight-and-a-half tonnes of Swarovski crystal) and what is claimed to be world's biggest single piece of hand-woven carpet. One of the original buildings is an aristocratic mansion that now houses the Bait al Zubair museum. Here women wear traditional abayas dress with niqab (veils) and men are wearing dish dashas with a tassel hanging down from the collar. These tassels would traditionally be dipped in perfume. On their heads they wear either kumma, a round hat or msarr which are wrapped like turbans. Most people are in traditional dress. Arabic is the first language although English is widely and well spoken.The fabulous Mattra Souk is the most famous in the country. The market is full of clothing and jewellery and traders chiming in after one another trying to catch your interest.

It seems hard to imagine that the harsh, dry sands of Oman produce something much of the world once sought after. The golden sap oozing out of incisions made in scrawny trees in the Omani desert becomes frankincense when left to harden in the sun. Trade began many thousands of years ago, with archeological evidence showing Neolithic remains of frankincense. As a result the area was covered in fortresses, providing security for the area as well as being places where traders could spend winter months. The sap from the boswellia tree, the one from which frankincense is tapped, is not the only type of tree that produces a useful liquid. Violinists, ballet dancers and bull riders all need rosin, derived from various coniferous trees, to increase friction and reduce slippage. Tree sap is also used in chewing gum, cement and fossilising dinosaur teeth.

And what about the food of Oman? Dates are used extensively in Omani cuisine. Much livestock is fed on dates and there are countless varieties of dates in Oman. Oman dates are different from what we find in North America; syrupy inside when ripe and smaller in size. A bite into the thin skin produces a little spurt of addictively sweet date syrup. Some fruits are particular to the region; the zam fruit looks like an olive and has a sweet, chalky taste. The butt fruit resembles a blueberry; sweet and juicy like a cross between a red grape and a syrupy berry. There is a marvelous selection of fresh fish; skeel is particularly prized. Salted dried fish is a common ingredient in Omani cuisine.

Click here to begin your own cultural exploration of Oman.
FULL WEBINAR LIBRARY