Something’s got this antelope on its toes! 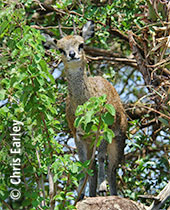 What might that be? Well, this is the Klipspringer of Africa, and it always stands on the tips of its toes. With its hooves flattened at the tips instead of pointed and a mere 45 – 60 cm tall at the shoulder, the diminutive Klipspringer is the only living antelope species to stand this way, a rare distinction indeed! 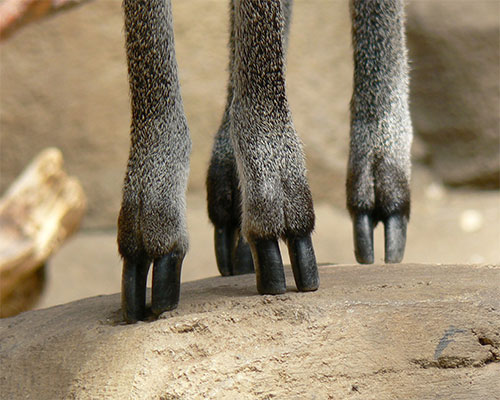 A Klipspringer’s feet
©MONGO
While this trait might initially seem perplexing, it makes sense when we consider the animal’s habits. Klipspringer means “rock jumper” in Afrikaans, and this animal’s feet make it well-adapted to life in craggy habitats and precipices where it can move about nimbly, landing on tiny surfaces with all four feet and bounding onwards. Most would-be predators simply dare not follow it. 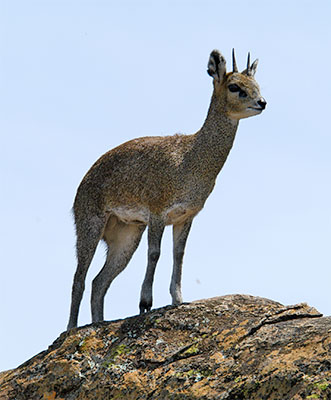 Standing securely atop a crag in Tanzania
© Chris Earley 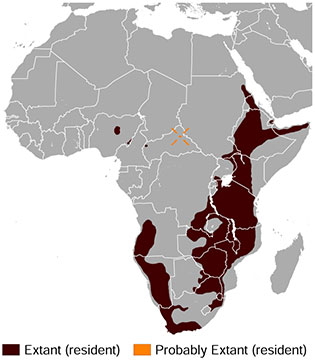 So successful has the Klipspringer been that it’s found through a huge swath of sub-Saharan Africa. Some believe the Klipspringer evolved in Ethiopia and later spread far to the south via the Great Rift Valley. Its propensity for these less productive habitats is a major reason why the Klipspringer can persist where less nimble antelopes might not. Adding to its adaptations, it does not require a drinking water source to gain the water it needs, being able to get all that it requires from its regular diet. Thus, provided there is adequate forage available nearby, the Klipspringer may be there. 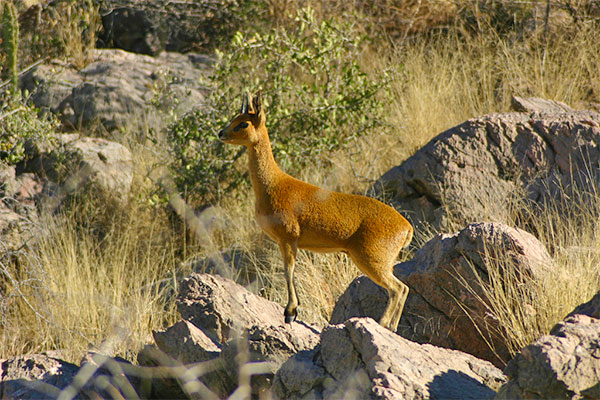 A male Klipspringer amidst boulders in Namibia
© Neil Strickland
Scientists recognize up to 11 different Klipspringer subspecies and some authors even consider these all to constitute distinct species. Regardless, males and females are similar in size though the females’ horns are slighter or absent. Klipspringers generally live as monogamous male-female pairs, each of which defends a territory and raises one fawn at a time together. One adult is on the lookout while the other may attend to the youngster. 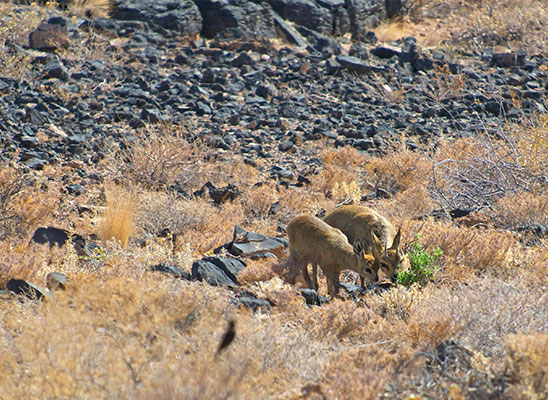 We saw this father Klipspringer and fawn in Namibia feeding closely together.
The mother was on a rocky crag out of view to the right.
© Justin Peter
Occasionally Klipspringers may fraternize in larger numbers near good food sources. While they will walk out into flatter and more accessible areas to feed, they rarely stray far from rough terrain where they find a safe haven. 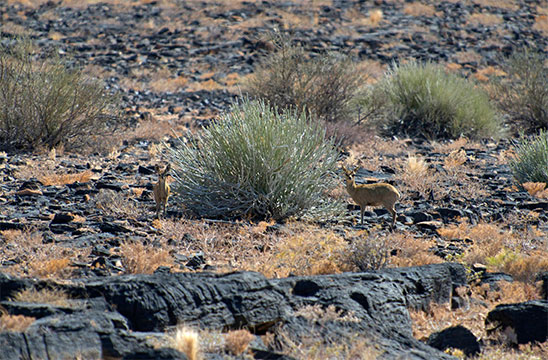 The fawn-and-father pair (as above) beside a Euphorbia gregaria were
watchful and ready to dash to nearby steep terrain if threatened.
© Justin Peter
Our Africa tours usually cover a variety of landscapes including rocky ground, so we have a chance to see Klipspringers along with a host of other antelopes. If the thought of exploring the wonderful habitats of Africa excites you, please consider one of these future tours: