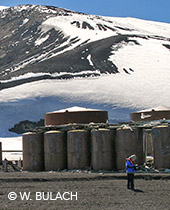 How about sailing into the centre of a restless volcano? Deception Island in Antarctica is one of the only places on Earth where you can do that. The flooded volcanic caldera is a marvellously moody location filled with surprises, human, animal, mineral, and vegetal.

The island’s name comes from the easy to miss opening into the caldera. The island appears solid from the outside, until you see the narrow entrance channel at Neptune’s Bellows through which ships can sail. 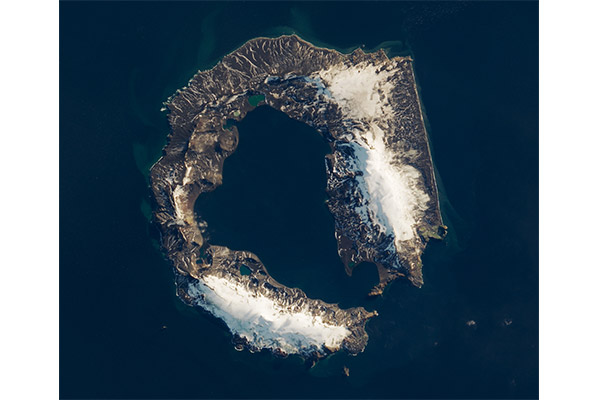 Deception Island satellite image
© NASA
In the early 1900s the island was a base for seal and whale hunters who set up huge iron boilers to process whale blubber. The hulking rusted tanks still stand, alongside the remains of wooden buildings, rotting boats, and a cemetery honouring 45 whalers who perished here. The rusting structures of the whaling stations remain as part of maritime history. Both Spain and Argentina maintain research stations here (with well-developed evacuation plans!) 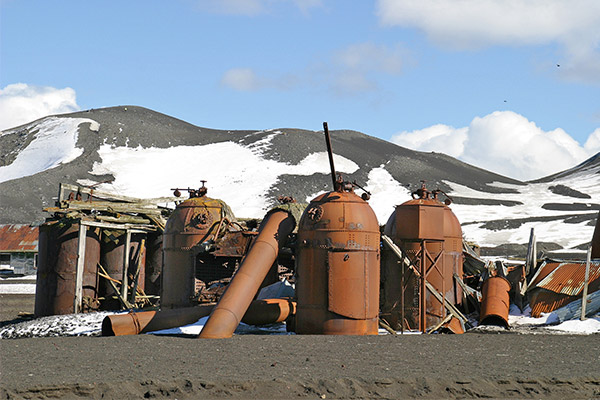 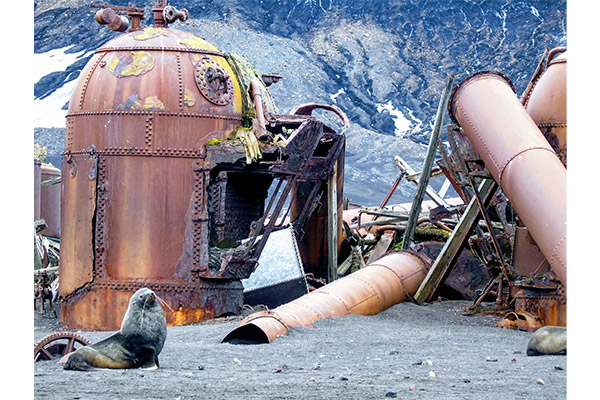 Fur Seal at Deception Island
© Martine Saldsman
The volcano is still active; its eruptions destroyed scientific research stations in 1967 and 1969. The caldera was formed by a gigantic volcanic eruption over 10,000 years ago that blew off the top of the mountain and allowed water to fill the crater. 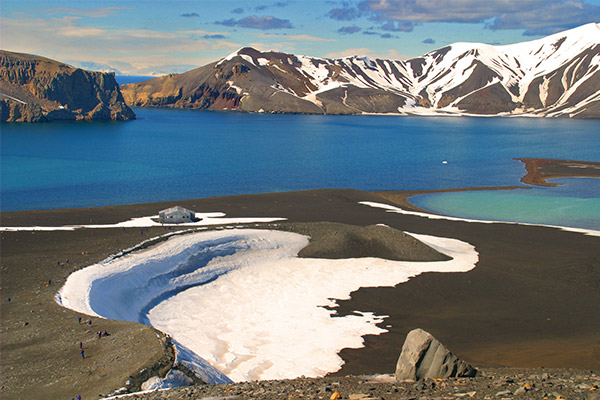 Deception Island crater
© W. Bulach
Although the island appears desolate inside the caldera, the density of wildlife on the other side of the mountains is staggering. A vast colony of over 100,000 breeding pairs of chinstrap penguins (one of the world’s largest colonies!) blankets the hillside in a natural amphitheatre.

Seals of several kinds, including Weddell, fur, crabeater, leopard, and southern elephant seals haul out here to rest on the rocks and beaches. 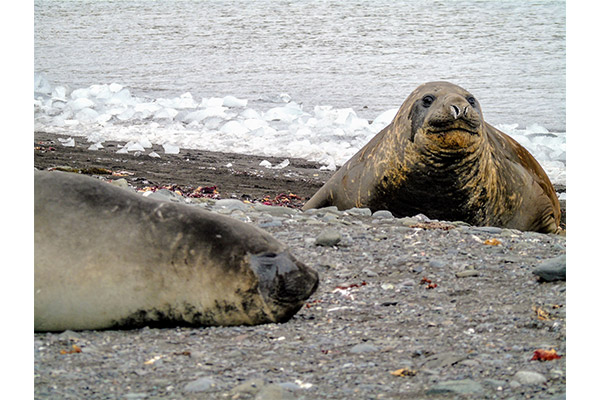 Elephant Seals
© Martine Saldsman
Unusually for Antarctica, about 50% of the landscape is covered in glaciers; the rest is free of snow and ice in the summer with terrain made of dark, volcanic rocks. It has more rare plant species than any other place in the Antartica including at least 18 species of moss or lichen which have not been recorded elsewhere in Antarctica.

The coastal waters can get close to 65°C (149°F) due to the volcanic presence, in contrast with the freezing surrounding waters in this corner of the world, making this a perfect place for a nice relaxing soak... Deceptive, right?

Thinking of an Antarctic adventure? Contact our polar specialist Martine for your best options for exploring this remarkable part of the world.
Full Webinar Library