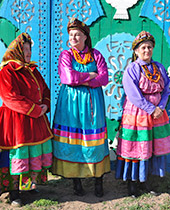 At first glance, the Old Believer village looks much like classic Siberian villages of the imagination. Dirt streets are lined with solid log houses, each decorated with colourful blue and green shutters, gables, and fences. And as in many Siberian villages, the people here are the face of exile. Old Believer communities survived centuries of repression through faith and hard work. And now, Old Believer communities are finding new strength in their 16th and 17th century traditions, clothing, language, and singing. 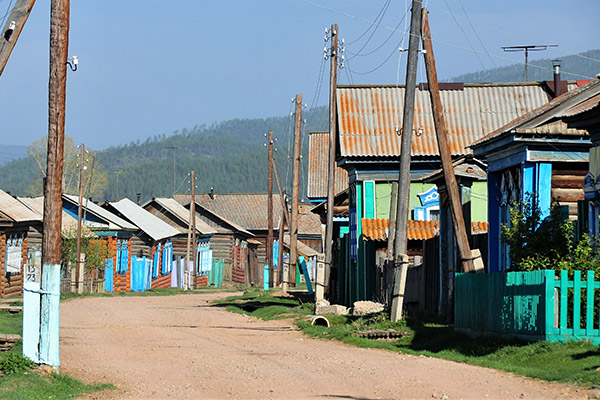 Old Believers are Eastern Orthodox Christians who separated from the Russian Orthodox Church, following a set of reforms introduced in 1652 by Patriarch Nikon of Moscow. Unwilling to accept revisions designed to bring the church closer to the Greek Orthodox rites, Old Believers held on to older religious rites. In revenge, they were ‘anathemized’; many were killed, others fled to present-day Belarus and Poland. As Russia expanded westward, Old Believers were persecuted again, and many sent into exile in eastern Siberia. The Soviet era destroyed their churches and almost eliminated the Siberian communities. 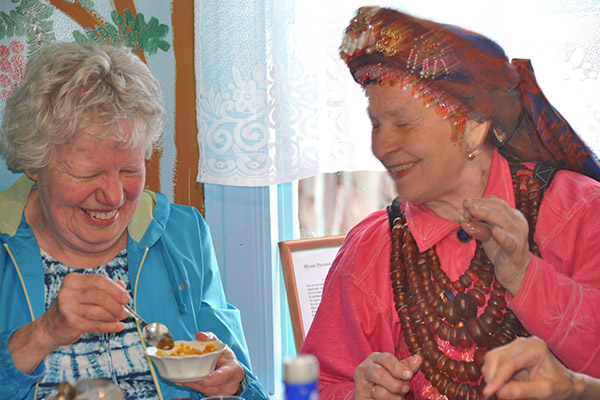 With the collapse of the Soviet Union, the famously insular Old Believers are opening up, ever so slightly, to the world. UNESCO added the culture and unique choral music of the Trans-Baikal Semeiskie (meaning “those who live with families”) to the “Representative List of the Intangible Cultural Heritage of Humanity.” The haunting singing has been handed down by ear and seems to conjure up the isolation of these communities.
The food too owes much to the isolation of the village and is all the more delicious! There’s a special emphasis on home-grown and locally-foraged food. Our group was hosted for a banquet with dishes of poached home-grown tomatoes, wild mushrooms picked in the surrounding fields, a mutton soup from the neighbour’s backyard sheep along with piroshky (meat pies), pelmeni (Siberian tortellini), and tea served with home-made jam. 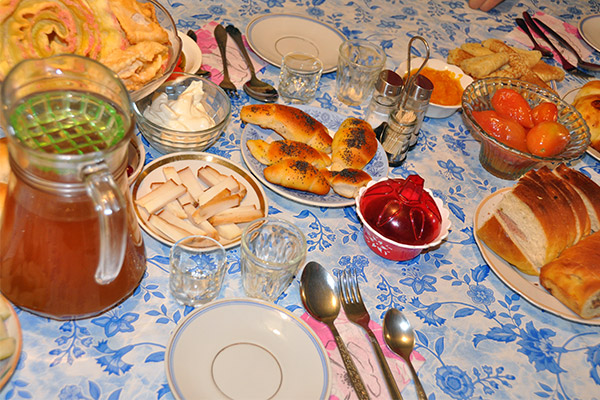 Our hostess is one of the movers of this community – she can trace her roots back to the mid-1600s when her family fled to Poland (and wears the heavy amber beads acquired there.) Now, we’re told, Old Believers are valued as an indigenous faith and accepted as an offshoot of Russian Orthodoxy. She tells me that the UNESCO award helped instill a sense of identity and pride in the community. Outsiders are cautiously welcomed; it’s a rare privilege to peak inside this isolated world.
Visit Siberia's Old Believers on the Trans-Siberian Railway Adventure
May 14 - 27, 2020  |  Led by Julia Zarankin
Click here to learn more and request a detailed itinerary
FULL WEBINAR LIBRARY