Seeking Purification in the Ganges 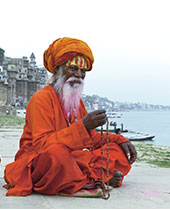 From the clouds shrouding the mighty Himalayas, an energized burst of downward motion abruptly and almost cruelly slows to a crawl. The epic journey that began with so much hope and momentum is suddenly at the mercy of the unforgiving forces of ice. The hope for liberation some 2, 500 kilometres away and nearly 4000 metres below seems faint. This frigid world moves so slowly that a sense of being trapped in an unending purgatory of despair disguises the steady onward march. A piercing crack precedes a violent crash and hope returns. The grip of the ice remains, but now it is different – seemingly unstable, ephemeral. The memory of the thrilling rush of excitement when the journey began returns. As the last vestiges of the icy grip lose their might, you are unleashed. 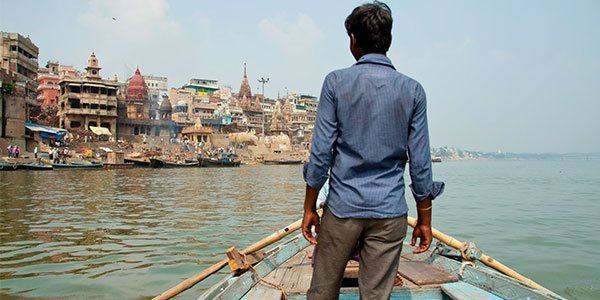 If a water droplet comprising a minute fraction of a cloud in the Himalayas could speak, oh the tales it could tell. Though the first chapter may be a bit bleak, once a piece of the Gangotri Glacier plunges into the Bhagirathi River, the droplet soon finds itself whisked away into a series of sharp turns interwoven by several tributaries along India’s most sacred river – the Ganges. Fittingly, a journey that begins in the realm of the iconic Snow Leopard ends with a release into the Bay of Bengal where the even more iconic Bengal Tiger roams. 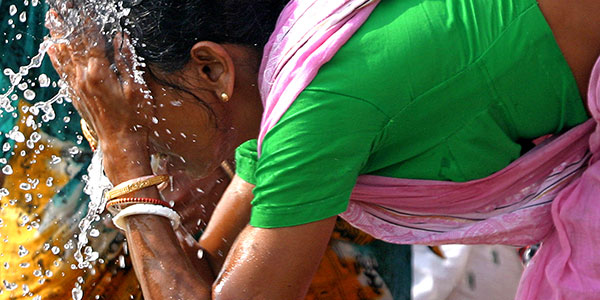 Millions of people enter the Ganges to cleanse themselves of sin each year. This stems from the Hindu story of the goddess Ganga who was called upon to liberate the souls of King Sagar’s 60,000 sons who were incinerated by Sage Kapila during a misunderstanding regarding Sagar’s horse. Seven generations after Sagar, Bhagirathi succeeded in releasing Ganga onto the Earth on the condition that she be captured by the locks of Shiva’s hair to prevent her force from overwhelming the Earth. In the form of a river, Ganga followed Bhagirathi until she reached the ashram of Sage Kapila where the souls of Sagar’s sons were freed from their ashes.

Join us in March, 2018 for a journey along the Ganges. Click here to learn more and request a detailed itinerary.
FULL WEBINAR LIBRARY