A COUNTRY THAT MOVES SLOWLY AND RUNS LATE

Spain is a land of cultural superlatives. It produced one of the West’s great writers in Cervantes, some of the great art pieces in the haunting images of Goya and the ingenious arrangements of Picasso; it also gave us the stirring classical voices of Carreras and Domingo. The ancient pilgrimage route, the Camino de Santiago, is where tourism as we know it began in the Middle Ages. Here, spiritual rejuvenation is the goal for so many visitors each year as they peacefully trek through the ethereal northern countryside and seek inspiration from the sweeping landscapes and architectural gems. Olive groves and medieval villages connect the great cities of Barcelona and Madrid where jaw-dropping architecture and some of the world’s best-loved art museums house landmark pieces. The naturally-inclined will also enjoy the plethora of migratory shorebirds and imposing raptors such as the hulking Spanish Imperial Eagle. Off the southeast coast lie the Balearic Islands – rich in water birds and the starting points of many a Mediterranean cruise. 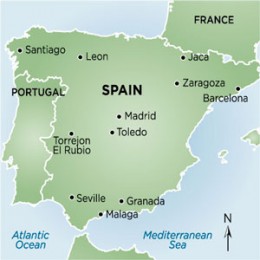 The best time to travel to spain is in the spring (March to May) or during the fall (September to November).

Spain produces 44% of all the earth’s olive oil

The Shadow of the Wind by Carlos Ruiz Zafón
What’s Up with Catalonia? By Carme Forcadell, Oriol Junquias, et al
Granta 113: The Best of Young Spanish Novelists by John Freeman

American and Canadian citizens do not require a visa for stays up to 90 days. 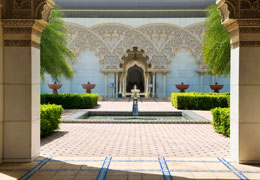 Morocco with the Womens Travel Network 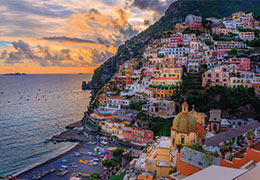