Ireland is an island in the North Atlantic to the west of Great Britain steeped in history and grand architecture. Charming cobble stone streets take you back in time to medieval Ireland while traditional Irish dance gets your adrenaline pumping! This breath-taking country provides wild landscapes blanketed in bog and heather, isolated white sandy beaches and a roughly hewn coastline. Get your cameras ready. 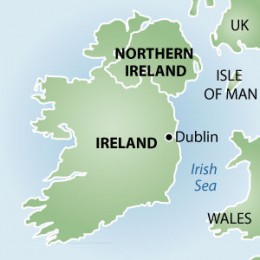 The best time to visit Ireland is in April, May, and June, as well as in September and October.

Newgrange, constructed over 5,000 years ago is the world’s oldest solar observatory, older than Stonehenge and the Pyramids

Beyond Belfast: A 500 Mile Walk Across Northern Ireland On Sore Feet by Will Ferguson
The Famine Plot: England’s Role in Ireland’s Greatest Tragedy by Tim Pat Coogan
Mccarthy’s Bar: A Journey Of Discovery In Ireland by Pete Mccarthy.

American and Canadian citizens do not require a passport to enter the country. 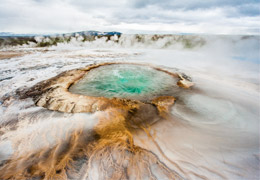 Iceland: More than Fire and Ice