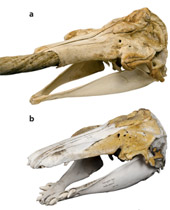 In 1990, a hunter on Greenland’s west coast saw some whales that looked strange: they were bigger than either belugas or narwhals, had flippers like belugas but flukes more similar to narwhals. He collected the skull of one of them, which he donated to a museum. 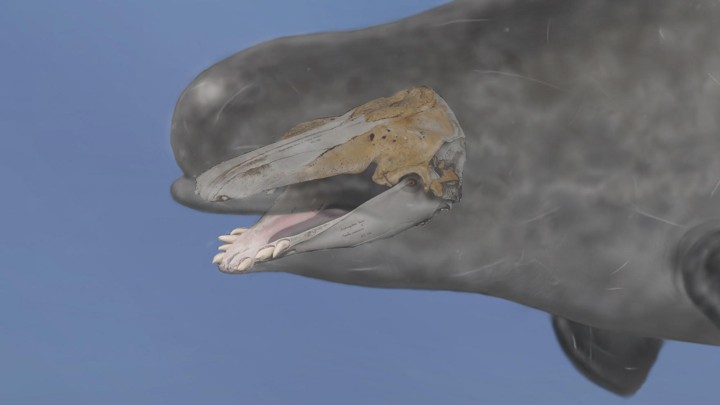 A reconstruction of the narluga  |  Markus Bühler
He, along with some scientists who measured the skull and teeth, suspected that it may have been a hybrid between a beluga and a narwhal. This would be rather surprising. The two species belong to the same family and are the only two toothed whale species living permanently in Arctic waters. However, the two species diverged from their common ancestor at least 5 million years ago and there has been no genetic exchange between the two species in at least 1.2 million years. Using newly developed genetic and biochemical analysis methods, a team of scientists has recently confirmed that the skull is indeed from a beluga-narwhal hybrid: a narluga! Even more surprising is the fact that this individual seems to have fed on the sea floor, more in the fashion of a walrus than to its two parental species, which feed on fish in the water column.

Now the search is on for more narluga individuals! Could we spot one during our voyage? Both narwhals and belugas occur throughout Baffin Bay, which we will cross. The tricky part will be to distinguish a narluga from its relatives based on its slightly different colouration and larger size. But it will be worthwhile keeping our eyes open!

You can read the original story here. 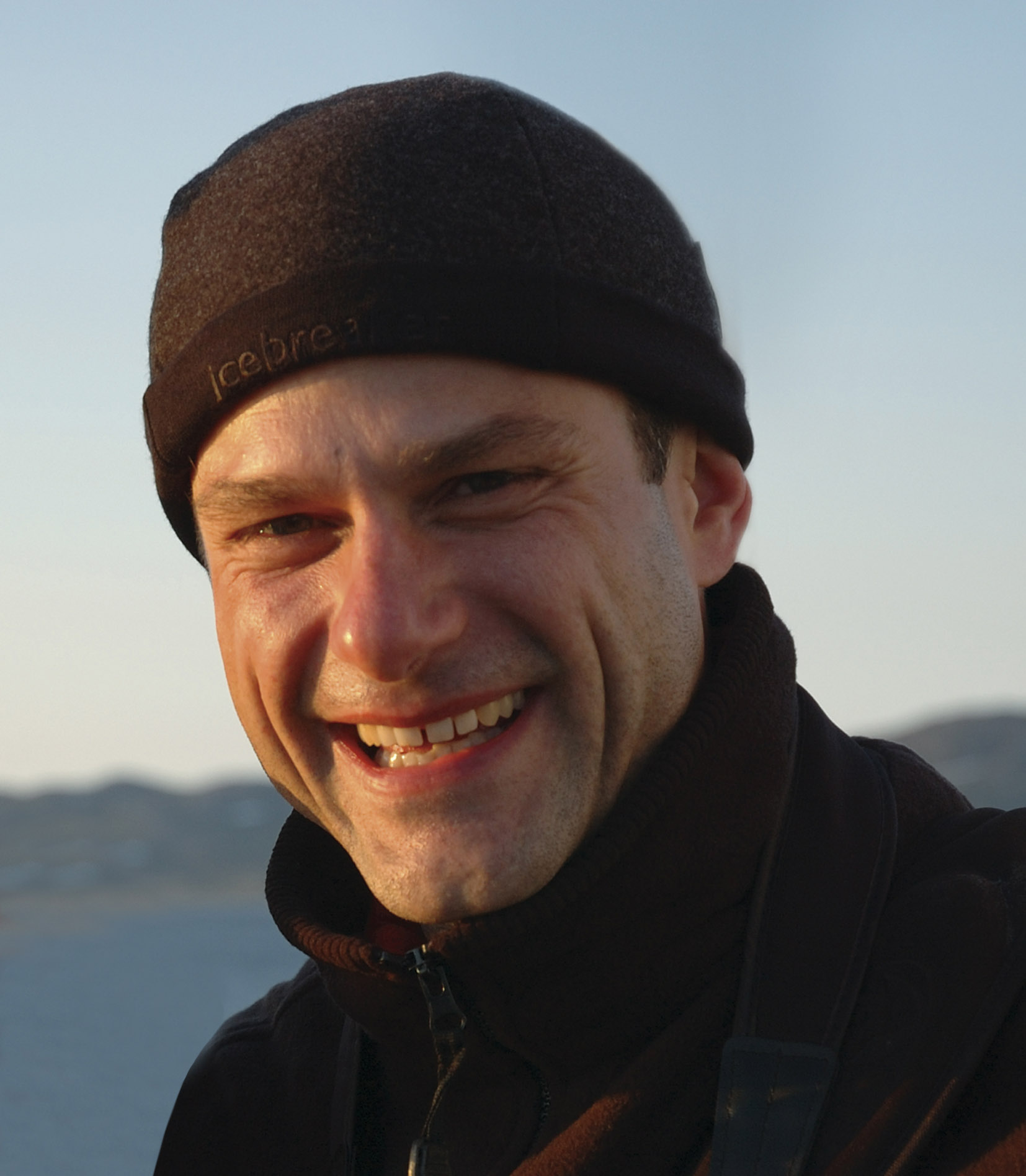 Professor Christoph Richter is an Associate Professor, Teaching Stream, in the Department of Biology at University of Toronto Mississauga. His research focused on the influence of human activities on the behaviour of cetaceans. Currently, he is leading undergraduate research on the ecological impact of invasive species around Mississauga and on the Galápagos Islands. He has taught field courses in the Bay of Fundy, Gulf of Maine, and Ecuador, and has been a study leader on cruises to the Arctic, Haida Gwaii and the Antarctic.
FULL WEBINAR LIBRARY