Notes from the Field: Big Cats at the Ends of the Earth 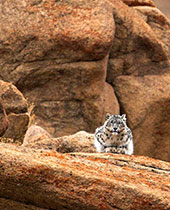 It was with considerable excitement that I set off to the Ladakh region of northernmost India in late March. None of my previous India journeys had taken me north of the Himalayas into the trans-Himalayan region that was said to be rugged, arid and vast. It was uncharted territory for me and an important mission, for I was here to scout for the most reclusive of big cats: the Snow Leopard. This ‘ghost’ animal is very much at home in remote mountainous regions of east-central Asia centering on the Tibetan Plateau, and Ladakh was reputed to be that place where this animal could be seen with relative ease. What would the landscape be like? The culture? The wildlife experience?

And…would I see a Snow Leopard?

I quickly got the sense that I was travelling to another world while crossing the Himalayas and approaching the gateway city of Leh. Located at the upper reaches of the Indus River Valley, Leh was the erstwhile capital of the medieval Buddhist kingdom of Ladakh and part of the famed network known as the Silk Road. As the plane approached, the seemingly endless belts of snow-covered Himalayas gradually thinned. Mountaintops were snow-covered but the intervales were sparsely vegetated and appeared barren as spring was just arriving. It was a stark and seemingly inhospitable land. As I went to my vehicle and got out at the hotel, I was also surprised by the remarkable weather; late March and early April temperatures hover around the freezing mark, yet the strong sun at these high elevations and the calm of the wind made it feel surprisingly warm. It was bright, but pleasant to just be outside in a sweatshirt. I could not say the same thing about Ontario at the same time! 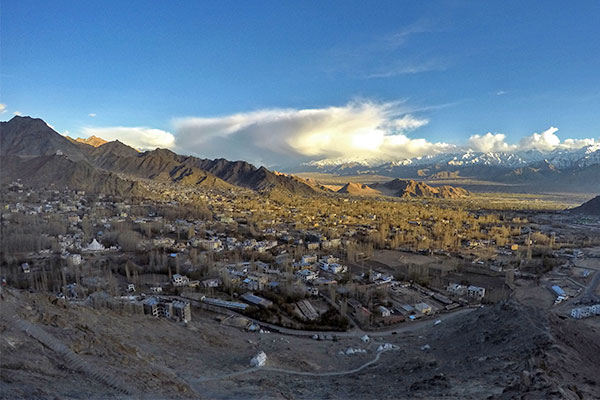 Landscape from my window in Leh
While I was eager to track Snow Leopards, it was not to happen right away. Ladakh’s high elevation necessitates some time to acclimate. This was nonetheless a perfect opportunity to get to know the region around Leh at a relaxed pace. The farming and building methods and the prevalence of Buddhist-inspired structures are fascinating to look at. Among other places, I had a chance to visit a centuries-old palace and also a palace at the village of Shey, whose appearance bears an uncanny similarity to Potala Palace of Lhasa in Tibet, and whose construction was apparently inspired by it. 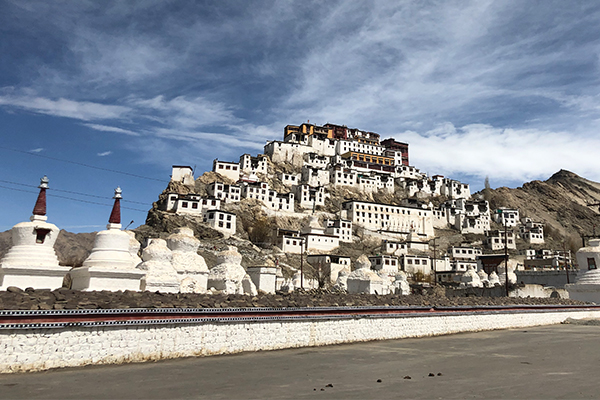 Shey Palace as seen from below 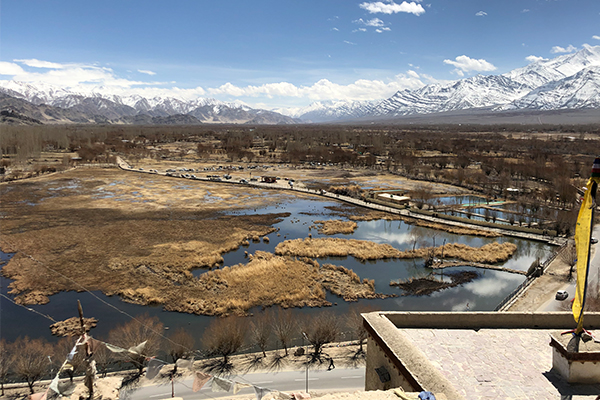 The view from Shey Palace onto wetland filled with various duck species
The monasteries I saw are active. In fact, the tradition of Tibetan Buddhism is strong in Ladakh and this is reflected in the living culture, and I was touched by the very relaxed and gentle nature of the people. The time in the Leh region also allows us to get familiar with the vegetation and the wildlife, most of which consists of bird life. While the bird life is not particularly diverse, Leh is noted as the home of the Ibisbill, a striking and noisy shorebird of fast-flowing, rock-strewn river beds in the Tibetan region. It’s a stunner!
After a couple of nights at Leh, I was ready to head into Snow Leopard country. The road alternated between straight stretches and switchbacks, and the scenery was everywhere captivating with a number of stops made for scenery and birds. 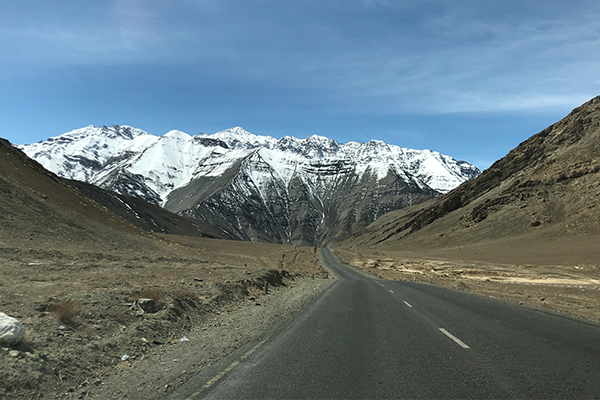 The scenery in Ladakh is stunning
Finally I arrived at our lodge a couple of hours from Leh. What a location! It was situated far up a narrow valley in between two long and high mountain ridges. 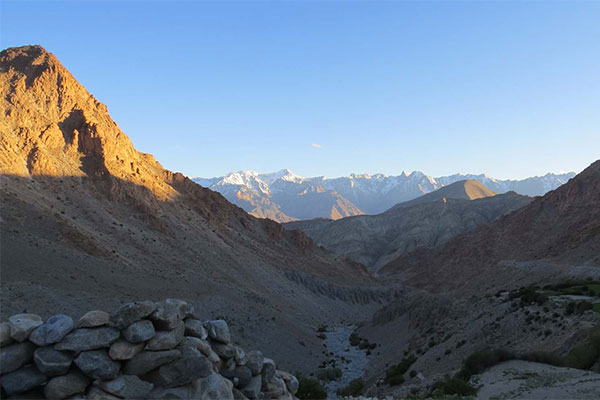 The view from the accommodations
Here upon the crests of the mountains, Snow Leopards patrol in search of prey that frequents rugged terrain, including the particularly nimble Asiatic Ibex, the male of which is simply resplendent with his deep brown and cream coat and imposing, sickle-shaped horns. 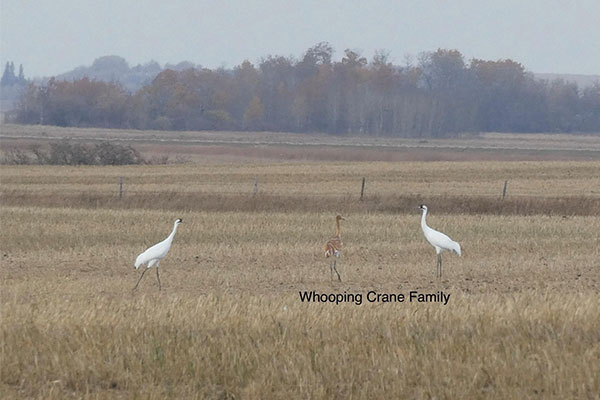 The Asiatic Ibex is a preferred prey of the Snow Leopard
The ibex’s best defence requires it to remain in as high and rocky terrain as possible. The cats regularly scour the surrounding landscapes for potential prey, and as a herd of ibex move along a ridge, there is a good chance that the apex predator will follow within a few to several hours. The Snow Leopard’s method involves driving its prey downhill onto the open lower slopes, where gravity and lack of cover give it the hunter’s advantage. It is not an easy task! Nor is it an easy task to see a Snow Leopard. Lodge trackers are constantly watching for the ibex and the Urial (or Blue Sheep), a relative of our Bighorn Sheep of North America, and predicting where the big cats might appear. This takes strategy and much patience; many hours can be spent watching. While this might sound tedious, it is a great opportunity to appreciate the nuances of the landscapes and their influence on wildlife. There is a thrill to see any distant animal in outline as it walks along the crest of a distant ridgetop.
I filmed these Urial (Blue Sheep) using my iPhone
overtop my spotting scope objective lens 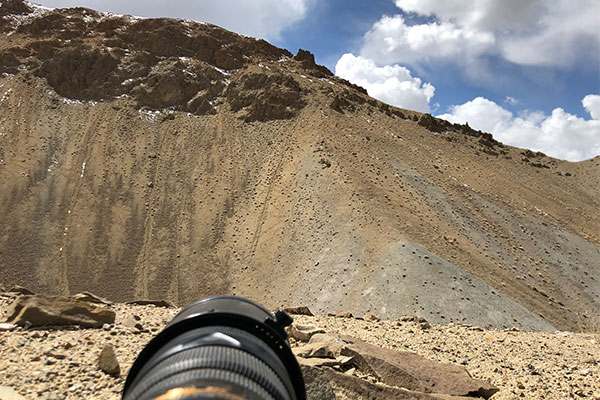 Bird life, though sparse, is distinctive and interesting. I was keen to see Golden Eagles and the bone-eating Bearded Vulture (also known as Lammergeyer), which patrol the ridgetops for food, and was fortunate to see both. 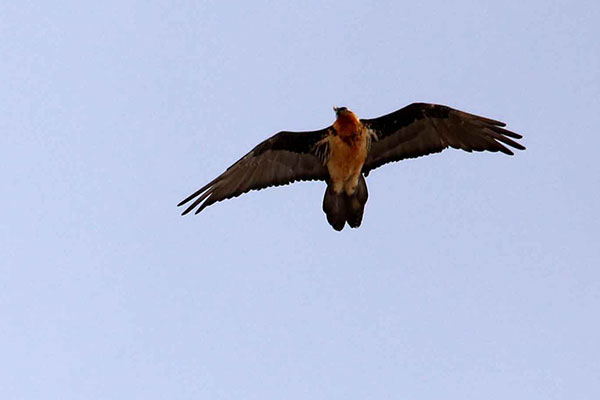 Bearded Vultures patrol ridgetops and valleys searching for carcasses
Within the valleys and even right at the lodge, I enjoyed the antics of the Chukar (a gregarious mountain partridge) and the far-reaching calls of its larger cousin, the lovely Himalayan Snowcock, whose vocalizations remind me vaguely of a bull Elk’s bugling, colouring the stark and silent hills. In the scrubby rosebushes and tufts of grass, I was able to catch glimpses of the stunningly beautiful bird with a tongue-twister name, the White-browed Tit-Warbler, almost immeasurably coloured for such a rugged habitat. I was puzzled by its amazing colours and came to see that its purplish tones bore an uncanny similarity to those of the rose bush canes. 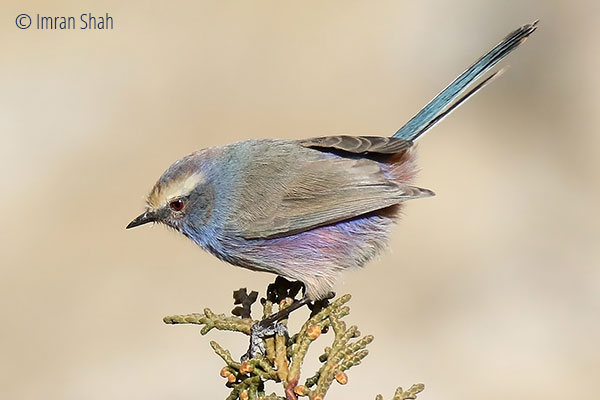 The White-browed Tit-Warbler is a stunning (and quick!) little bird

As we searched, there was always an opportunity to see something else of interest. Word got around that residents of a nearby village has disposed of the body of a cow that had died. A pair of Tibetan Wolves had come to the carcass to scavenge. Though wary, a careful approach might allow us to see them, and I got that chance. 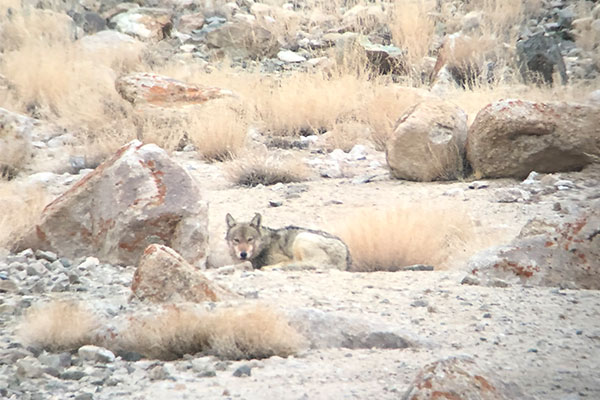 One of the Tibetan Wolves taking a rest after gorging on meat
Eventually we did see a Snow Leopard! One had been briefly glimpsed from the lodge one morning, and I just missed it as I tried to quickly dressed and run outside! Despite feeling initially let down by missing, having confidence in the habits and movements of these animals would pay dividends later that day. In the mid-afternoon, I sat in a chair from the viewing area with my spotting scope and scoured the likely path of the animal. After perhaps 30 minutes of watching, one popped right into my view! I was too excited to try and take a photo as I wanted to show the animal to everyone else present! Later that evening, we re-located the Snow Leopard some distance further down the ridge, and we watched it for some 30 minutes as it sunbathed in the fading rays, groomed, stretched, and finally departed in pursuit of prey.
The Snow Leopard grooms, then stretches and departs,
as seen through my spotting scope
This is not an in-your-face type of wildlife experience as one might have in some other locations. Nonetheless, I think it is an incomparable experience. The stark landscapes, quiet and peaceful, allowed me to ‘re-set’. There were long stretches where one would hear literally nothing, and I think I became more sensitive to the natural sounds in the environment. And the Snow Leopard vigils which can require patience and careful observation of distant landforms renewed my sensitivity to changes in the environment.

A distant large animal in any other place might awaken a desire to get closer to it. But given the reclusive nature of the Snow Leopard and the incredible surroundings, just seeing a Snow Leopard was for me a cause for celebration and something of a blessing… to rejoice in the mere presence of a wild and untamable beast in a profoundly wild place. There is something alluring and dramatic about seeing these big cats, supremely adapted to these challenging environments whose valleys have been inhabited by hardy people for generations, yet whose mountaintops simply resist domestication.

I'm really excited to be leading our celebratory 50th anniversary trip to this region, Quest for the Snow Leopard, in April 2020. It will be a chance to savour the stark and majestic landscapes and to attune one’s senses to the silence as we watch the ridgetops for its residents, the Snow Leopard and the prey that it pursues. We’ll be in the best place in the world to see wild Snow Leopards. Won't you join me? 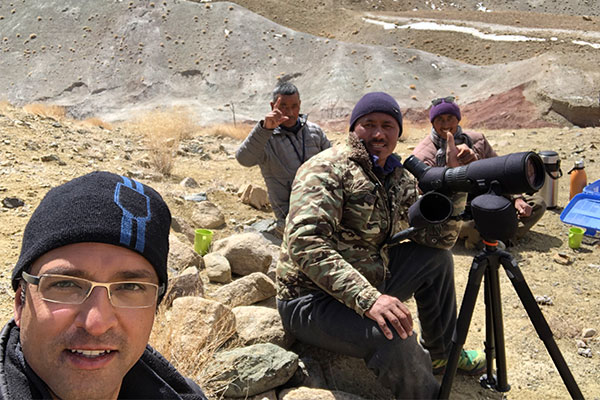