A Rare Treasure Found Only in the “DR” 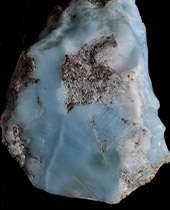 There’s an extremely rare precious stone that has been found only in one very small location on the planet: the remote Sierra de Bahoruco of the Dominican Republic. The stone was originally thought to have come from the sea; its exquisite colour, ranging from light blue to green-blue to deep blue mirroring the colours of the Caribbean Sea.

In 1974 a local craftsman Miguel Méndez and Norman Rilling, a Peace Corps geologist, realized that the blue stones they had found on the beach were alluvial sediment and followed the trail of blue pebbles upstream along the Bahoruco River to locate the host outcrop in the Sierra de Bahoruco mountains. Miguel coined the name by combining his daughter’s name – Larissa – with the Spanish word for sea – mar – yielding the name, larimar. 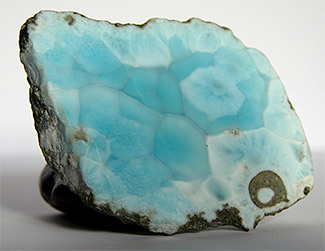 How did this mineral come to be formed?

The North American tectonic plate pushes down from the north, the South American plate is pushing up from the south; between these two tectonic behemoths, the small Caribbean plate is being squeezed and crushed against the even smaller Gonâve microplate on which lies the island of Hispaniola and thus the DR, which occupies the eastern two thirds of the island.

Gonâve Microplate
The “Septentrional-Orient Fault Zone” (SOFZ) is a system of active sideways moving strike slip faults that grinds along the north side of the island, making the Dominican Republic an exciting place – geologically speaking. It pushes up mountains, carves deep valleys, and also creates the conditions for hot hydrothermal fluids which circulate through the fractured rock and concentrate minerals – copper, silver, nickel, and especially gold. The same hydrothermal fluids that concentrated the gold also created larimar, this mineral unique to the Dominican Republic. 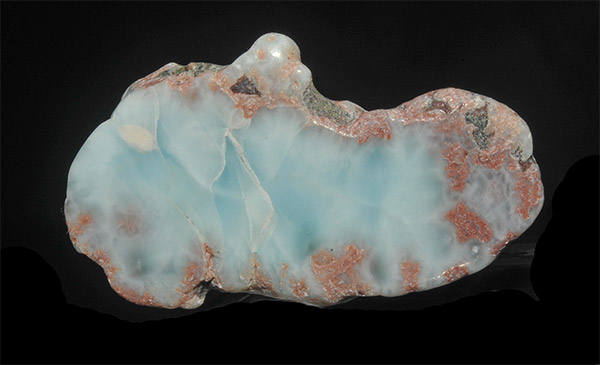 Chemically speaking, larimar is a pectolite - an acid silicate hydrate of calcium and sodium, but the particular chemistry of the DR resulted in copper replacing some of the calcium, resulting in the distinctive and lovely pale blue-green colour. Larimar erodes from the host rock and is washed downstream, getting a polish on the way and ending up in the beach gravels. 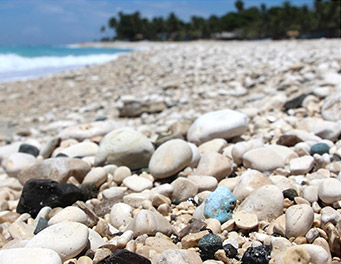 Larimar is still being mined in the DR. It’s mostly produced in small scale, artisan mines by community groups with limited machinery and equipment.

Larimar makes beautiful jewelry and it also considered a healing stone. Its intense, harmonious feminine energy is said to encourage positivity and tranquillity! 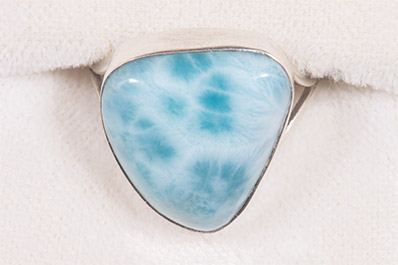 Larimar ring
© Hannes Grobe
Editor’s note: We visit the Sierra de Bahoruco during our Dominican Republic: Beyond the Beaches tours. We’re returning in February 2022. While we won’t be prospecting for larimar, we will have an opportunity to see the finished product! To learn more about this Quest Nature Tours departure, click here.
Full Webinar Library