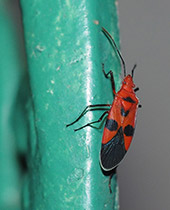 A main part of nature travel is the excitement of exploring new habitats in a new destination. What will it really be like? What kind of vegetation is there? What wildlife will we see? For many of us, seeing the awesome blooms and foliage of tropical plants and the colourful feathers of novel birds are big “to do’s” on the itinerary. Jamaica covers both of these very well.

On our recent trip to Jamaica in late February - early March 2020 (literally right before COVID derailed travel plans across the planet), we were delighted by the many new species to see in the wooded areas of this wonderfully natural Caribbean island. Besides the gorgeous blooming bromeliads we found in the island interior’s dense forests, our favourite plants were likely the tree ferns. While they are tree-sized, they are actually true ferns, reproducing by spores. Besides being incredibly beautiful plants, it was humbling to think that they were around with the dinosaurs of the late Jurassic and Cretaceous periods, while we are much more recent! 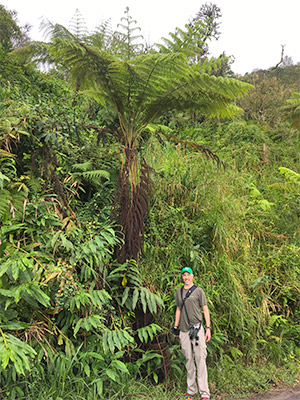 Chris standing in front of a Tree Fern
Jamaica was also amazing for birds. The isolation and varied habitats of this island have created ideal conditions for the evolution of endemic species of all kinds and 28 endemic birds can be found here. And, as a group, we saw all of them! The favourite of most, though, was the Red-billed Streamertail, a spectacular hummingbird species. At one stop at a place called Rocklands, we were able to feed them as they landed on our fingers! It was like being Peter Pan and having your own personal Tinkerbell (minus the pixie dust). 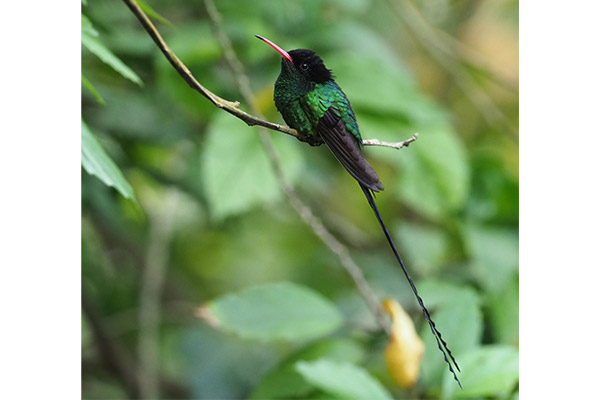 Feeding streamertails
While the birds and plants were, as always, very captivating, another element ended up being a big hit in Jamaica, too: invertebrates! We saw some gorgeous butterflies, impressive beetles and colourful spiders. But it was at night that our interest was really piqued. I had brought a black light with me. Black lights emit certain wavelengths of light that attract many nocturnal insects, especially moths. And the moths we saw were stupendous! Their patterns, colours and shapes seem to be endless and one night at a lodge in the high mountains brought in myriads of them. 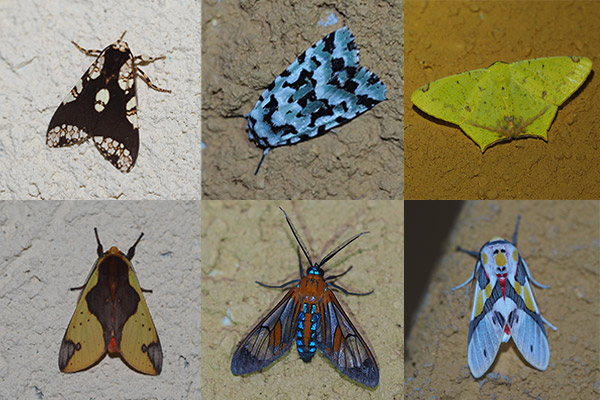 Variety of moths
One of our travellers - Reiner - took many photos which he later added to iNaturalist, a citizen science website that encourages naturalists to record their sightings so they can be used for scientific research. Experts often go through the photos people add to the site to see what they found. It ended up that, through Reiner’s photos and his research, we had found many endemic moth species – species found only in Jamaica. We also found at least one moth that had never been recorded in Jamaica before and 2 species that may even be new ones to science! At another site, Reiner also found some aquatic invertebrates called tadpole shrimps in some puddles and they were the first records for the whole of the Caribbean!

Golden Swallowtail
So, if science is on your mind the next time you travel, maybe take a photo of that moth perched at your lodge door light – it might be something scientists could be very interested in! And even if they aren’t, it’s nice to simply notice the little things on your trip as well.