Would you eat a Mopane Worm? 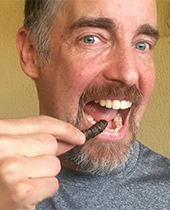 On all of our tours, we pride ourselves on accommodating our travellers’ tastes and dietary requirements, while also including new culinary experiences savouring some of the local fare and appreciating the regional culture. Some of us are admittedly more daring than others when it comes to trying new foods. But when I ask, “Would you eat a Mopane Worm?”, how would you make your decision? Would you just go ahead and try it? What is this “worm” of which I speak? Well, it is no worm, let me assure you. In fact, the Mopane (“mo-paa-nee”) Worm is a caterpillar and a notable one indeed, because in addition to the intrinsic value it holds, it is also vitally linked to the people and habitats in broad swath of southern Africa.

So what is a Mopane Worm?

The Mopane Worm is a showy caterpillar that develops into a large moth of the Saturniid family, which includes the Luna Moth, Cecropia Moth and Polyphemus Moth that many of us in North America are familiar with (collectively called the Giant Silkworm Moths). 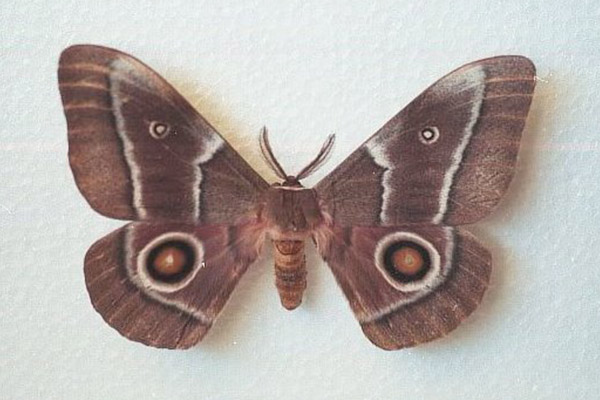 An adult moth of the Mopane Worm, Gonimbrasia belina
Though the caterpillars feed on a variety of tree leaves, their principal food is the leaf of the Mopane tree, which is a leguminous tree (bean/pea family) found in two broad regions of southern Africa, including northern Namibia and southern Angola in southwest Africa and then parts of Botswana, Zimbabwe, Mozambique, northern South Africa and the bottom of Zambia in southeast Africa. 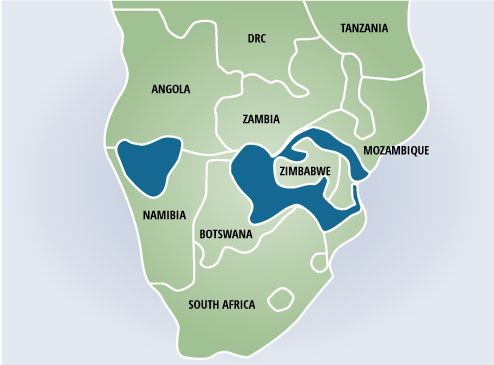 The range of the Mopane (Colophospermum mopane) shown in blue above.
How to find a Mopane Worm?

It would be easy to locate Mopane worms when they are active simply by finding the Mopane tree. Mopane is super-easy to recognize owing to the distinctive butterfly-shaped (or moth-shaped?) leaves. I remember being immediately smitten with them upon first encountering them in South Africa’s Kruger National Park back in 2013 – “Can any tree really have leaves like this?!”, I thought. The leaves are tough and leathery in texture and exude the distinctive aroma of turpentine when bruised. 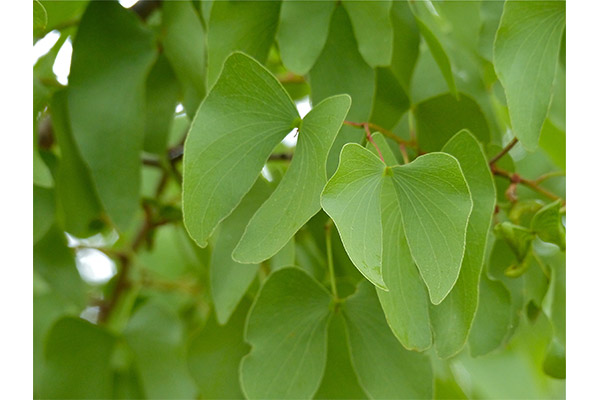 Fresh leaves of Mopane. New growth begins late in the year with the rains.
© Bernard Dupont
In Kruger as in many other parts of its range, the Mopane is often a small and scrubby tree that acclimates well to difficult soil conditions, including heavy clay that can be alternately sodden in the rainy season and desiccated in the dry season. 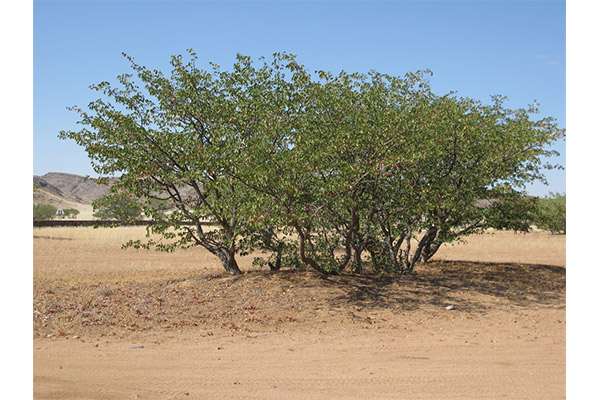 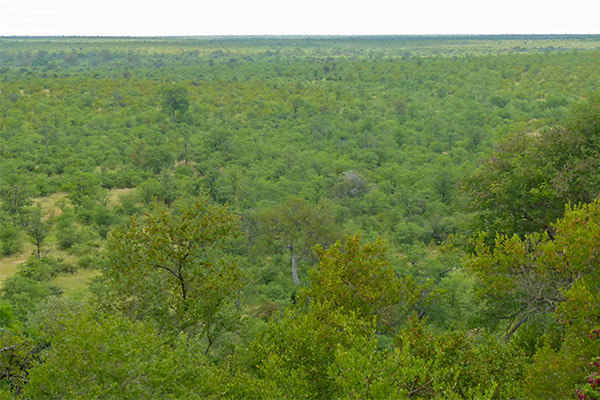 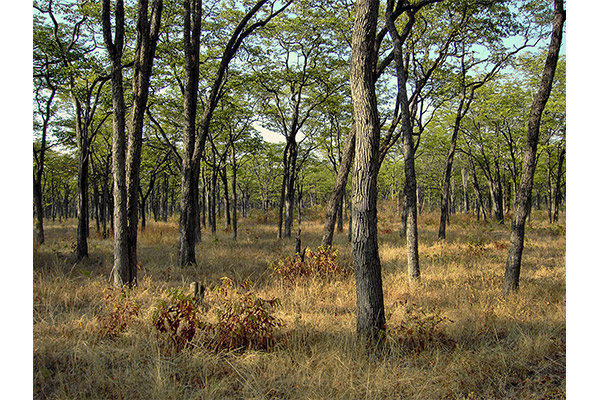 An example of Cathedral Mopane
© Hans Hillewaert
Given their expanse, Mopane stands can be an important browse for African Elephants – despite the presumed turpentine taste of the leaves – and other browsing animals. With so much Mopane, we could also imagine an abundance of Mopane Worms dining on the leaves during the rainy season. And so, in a fickle environment where people have traditionally had a subsistence lifestyle, it is understandable that the Mopane Worm could be an important source of dietary protein. 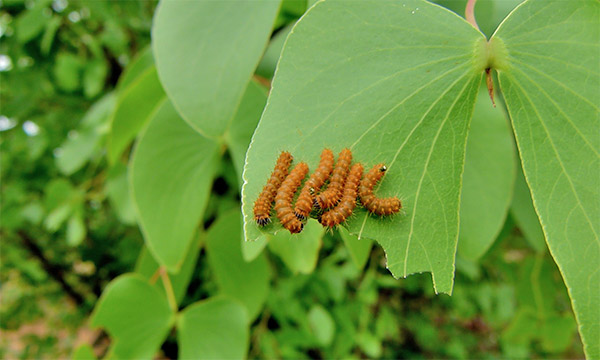 Young Mopane Worms feasting together. Later they will be solitary.
© Bernard Dupont 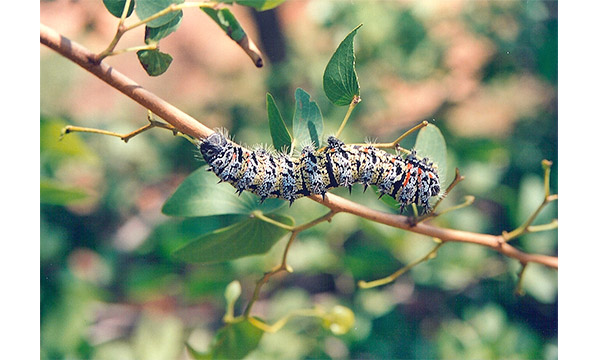 An older Mopane Worm is more colourful
©JackyR, wikicommons
How are they collected and prepared?

Older caterpillars are picked by hand from the Mopane tree during the rainy season before the caterpillars burrow into the ground to pupate. There are various ways they could be processed but a common way is that the tail is pinched to squeeze out the innards, and then the remainder is dried in the open air. Later, the dried caterpillar will be taken to market. Mopane Worms can be eaten as is, seasoned or then added to another dish or stewed with onions, tomatoes, and the like. Pound for pound, it is said the environmental impact of eating them is significantly below that of beef as Mopane Worms require much less forage to yield the equivalent amount of dietary protein.

Our Quest travellers in Namibia had a chance to try the caterpillars in dried form as appetizers. What was their reaction? 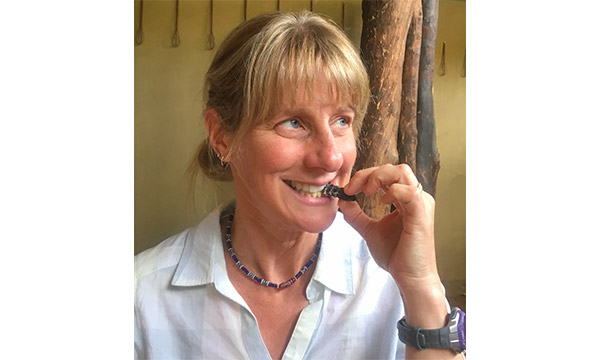 A Quest traveller having her first bite in Namibia
© Chris Earley 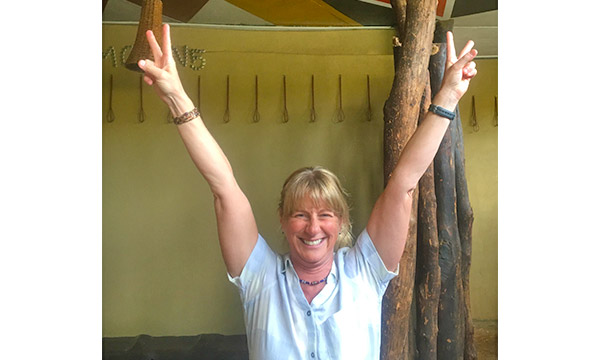 “I ate a Mopane Worm!”
© Chris Earley
Quest leader Chris Earley (in the picture at top) said that he recalls that Mopane Worm tasted very healthy. We’ve read other reports that they taste like chips (when dry) or well-cooked steak (when stewed).

If you’d like the opportunity to try this staple of southern Africa, or at least to observe its main food source, the indispensable Mopane, among so many other sights, consider future travel to Namibia, Bostwana, Kruger National Park in South Africa, or Zambia!
Webinar Library