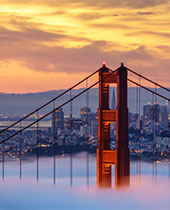 What happens when you love a city but it doesn’t love you back? Local writers had gathered in San Francisco’s Make-Out Room, with its Saturday-Night-Fever-meets-natural-history-museum vibe, to read their stories about a city that, by many accounts, was losing its unique spirit.

San Francisco has attracted adventurers, eccentrics, and strivers of all stripes since its days as the half-forgotten Spanish trading post of Yerba Buena. There’s been room for everyone on this foggy, pleasure-loving bit of land by the Pacific: bankers and drag queens (and those who are both), teachers, longshoremen, society ladies, families, club kids. For many, there was less pressure to fit into just one or two categories. San Francisco was good to those who lived here. But as the United States recovered from the 2008 recession and tech companies and their workers decided they preferred “the City” to the towns and suburbs of Silicon Valley, things changed. These new residents began to bend the city to their will, which prized efficiency over whimsy, code over poetry, and had tons of apps to eliminate the “friction” that comes with living in the U.S.’s second-densest city. 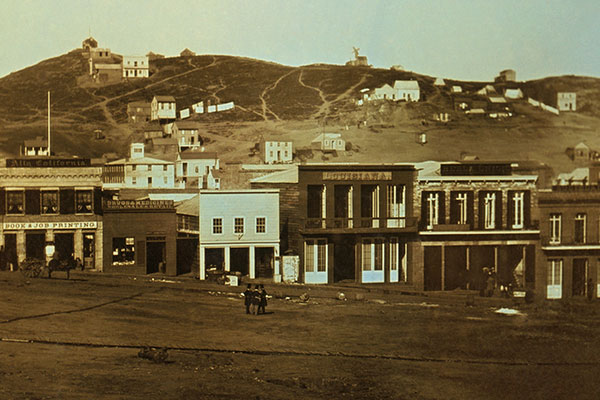 In truth, San Francisco has always been a capricious lover. To the tens of thousands of who came during the Gold Rush, she offered the promise–and sometimes the realization–of riches and a new life far from famine in Ireland and China, political instability in France, slavery in the South, or the set-in-their ways cities of the East Coast. The tens of thousands more who came later seeking adventure, work in the great shipyards, the freedom to love whom they chose openly, a sense of meaning through the counterculture movement, or a job at the next big startup often found what they were looking for. But they also met with disaster, discrimination, the devastation of AIDS, and the realization that here too the world was unjust and indifferent.

And yet, in the words of the anthology being showcased at the Make-Out Room, that golden sun still shines. We’ll discover the many aspects of San Francisco that are easy to love—her extraordinary natural beauty, elegant architecture, superb food and wine, and (mostly) live-and-let-live attitude. Through our readings, discussions, and guided walks, we’ll uncover other less obvious but equally compelling sides to the city. I’ll share with you my own San Francisco, and why it has become a part of me. We’ll trace the stories of San Franciscans real and fictional through the once-notorious Barbary Coast, up to the summit of Nob Hill, along busy Castro Street, and into the bucolic calm of Golden Gate Park to arrive at a richer understanding of a place that is constantly remaking itself, combining and recombining past and present.

What is it about San Francisco that captures the imagination and won’t let go? Come see for yourself in this city of ephemeral beauty, adventurous spirit, and profound contradictions set “on a jagged peninsula at the end of the continent […] a city that is only borrowed from the sea.”

About the readings for Cool Gray City of Love:
“The Luck of Roaring Camp” by Bret Harte and “The Celebrated Jumping Frog of Calaveras County” by Mark Twain: Two classic Gold Rush stories that contributed to a uniquely American literary heritage.

McTeague by Frank Norris: Shocking to a 19th-century audience, this naturalist (think Emile Zola) novel paints a vivid picture of San Francisco and asks the still-urgent question: To what extent we are victims and perpetrators of greed and violence in society?

Excerpts from And the Band Played On: Politics, People and the AIDS Epidemic: San Francisco Chronicle journalist Randy Schilts brought national recognition to the AIDS crisis with his indefatigable research and compelling writing.

Selected essays by Rebecca Solnit: Solnit’s enduring, imaginative portraits of a fast-changing city will help you see San Francisco with a fresh eye.

Selected poems by Robert Hass: A student of the haiku, Hass brings economy and keen insight to his poems on the nature of desire and the transience of beauty.
Webinar Library